Ten years ago the Minister of Justice, Rachida Dati had to - due to a strong mobilization of the Bretons (1) - give up the planed suppression of what remained as the last symbol of historic Brittany: a Breton jurisdiction of 5 departments (including the Loire-Atlantique) for the Rennes Court of Appeal which, moreover, symbolically sits in our former Parliament of Brittany. 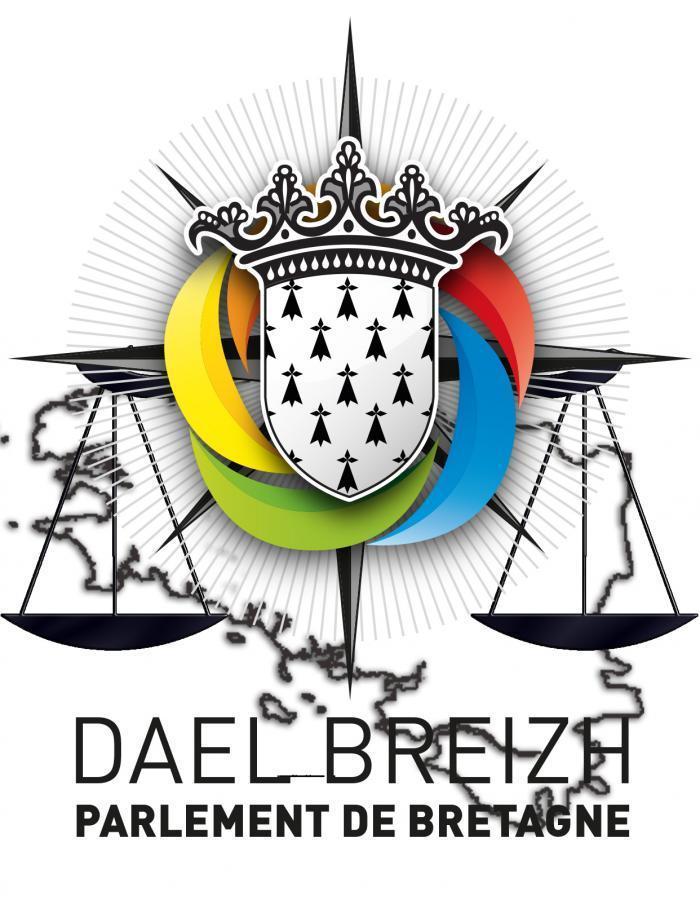 It was without counting on the tenacity of the Jacobin State (2) which, ten years later, comes back to the charge in its new project of recasting the judicial map in the aim of a «harmonization» with the division of the regions, and this despite the previous report delivered to the minister of Justice who advocated to keep as such the jurisdiction of Rennes Court of Appeal.

This alignment of the judicial map on the administrative map would consist in separating the Loire-Atlantique from Rennes Court of Appeal to attach it to Angers Court of Appeal, reminding the Vichy measure of 1941 (3) when marshall Pétain had detached what was then the Loire-Inférieure (Nantes) from the Brittany region (capital city Rennes) to link it to the neighboring region having Angers for capital city.

Through this new project, the Jacobin State is therefore deliberately suscribing in the continuity of the Vichy State: nothing surprising infinally since « Vichy was France! » according to Emmanuel Macron's (4) statement of July 16th 2017 on the occasion of the 75th anniversary of the Vel d'Hiv' Roundup (5)!

The elected members of «Brittany's Parliament awaken» a year ago intend to defend Breton territorial integrity as well as the old Breton freedoms arbitrarily removed in 1789 by the Revolution: they therefore categorically refuse the completion - by this new Vichy's measure (in the lineage of that taken in 1941 by Pétain (6) and Darlan (7)) - of the definitive disappearance of historic Brittany.

Therefore, they call all Bretons to mobilize themselves around the Coordination of the Jurists of Brittany to defend the last symbol of historic Brittany and send a strong signal to the Jacobin State so that it dares not undertake the next logical step which would eventually be the integration of Brittany into a Great-West region:

- No to the disappearance of the 5 departments judicial Brittany !

- Yes to the reunification of Brittany!

- Yes to the Parliament of Brittany!

Notes by the translator

(1) (voir notre article) in French, on November 9th 2007: The Breton lawyers burn their civil Code on the Place of Rennes Parliament.

(2) in France, Jacobin State: Jacobin is said of a centralized State or Government, which is the case in France.

(4) Emmanuel Macron: the new French president of the Republic since May 2016

Voir aussi :
This body right now does not have any recognition as an institution and the laws it may vote cannot be enacted since Brittany does not exist as an independent state or even as an autonomous region. However, this Parliament was democratically elected in November 2016, elections organized by the association KAD, Kelc'h An Dael (voir le site) . This parliament sits since January 2017, on the basis of monthly and nomadic parliamentary sessions in Brittany historical territory. Not wishing to wait for official reunification of its territory and independence, the elected people of this Parliament work on a constitution, body of laws, and concrete resolutions facing the problems of everyday life. The work of elected people and commissions shall be visible here (voir le site)
Voir son mur