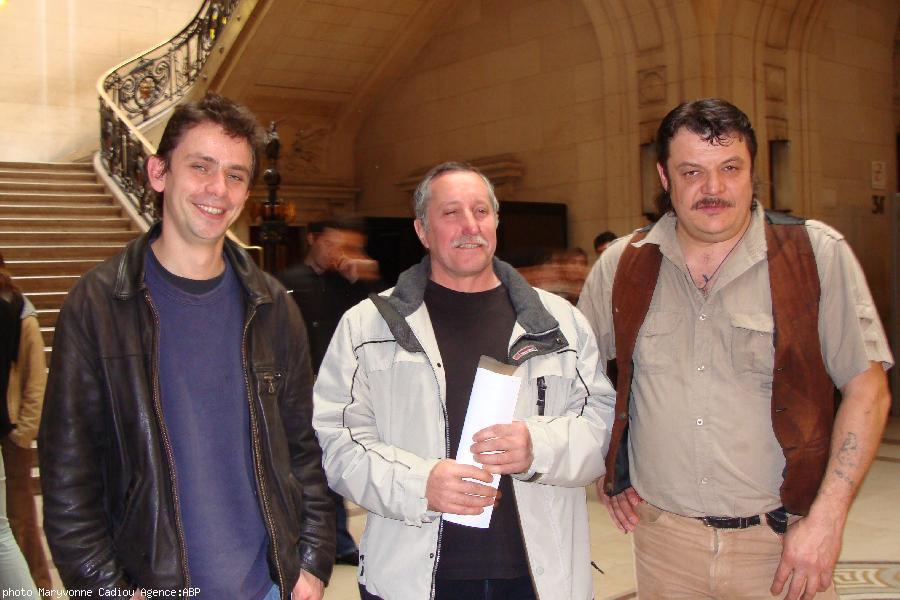 Three Breton political and cultural activists walked away from a Paris court last week, free men after the case against them was thrown out by the judge.


As reported previously on Celtic news, Gaël Roblin, Kristian Georgeault and Pascal Laize were called to a special court in the Palais de Justice, Paris on the 17th November for allegedly being implicated in the Breton Revolutionary Army (ARB) and taking part in the Quevert bombing of a MacDonalds restaurant.

All three defendants have been tried previously for the same allegations on different occasions in separate courts, but were summoned to court once again, because French police have not been able to find those people responsible for the bombing. However, the judge ruled that the case against the three was inadmissible and that it should be immediately annulled, after only one day of deliberations in a planned 11 day trial.

Skoazell Vreizh, an organisation that campaigns on behalf of Breton prisoners and people that are under investigation said that they commended the courage of Roblin, Georgeault and Laize, all of whom have served time in jail previously on suspicion of being part of the Quevert bomb attack. Skoazell Vreizh has also called for the dissolution of the Special Assize Court procedure that the three defendants faced, because they argued it is politically biased.

In a press statement, Skoazell Vreizh said about the special juryless courts:

(It is the French Government that issues the political justice contrary to defendants' human rights and they [Special Assize Courts] have been repeatedly denounced by many international organisations, including the European Court of Human Rights.)

The Celtic League broadly welcomes the decision of the judge in this case, but views with concern the legal system that allowed Roblin, Georgeault and Laizé to be put on trial, accused of the same crime once again, is still in place.