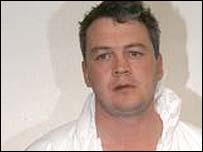 Noel Maguire, an Irish man who was arrested as part of a Real IRA bombing campaign in 2001, has had his request for repatriation to Ireland rejected yet again by the Department of Justice.

The Celtic League have been campaigning for Mr Maguire's repatriation, along with his four other co-defendants since their arrest in 2003. All of Maguire's co-defendants, who included brothers Robert and Aiden Hulme, have now been repatriated to Ireland and Maguire is said to be the last 'political' prisoner in an English jail.

Sinn Féin parliament member (TD), Aengus Ó Snódaigh, who has been making representations for Mr Maguire, said that with a wife and children in Ireland he should be close to his family. Moreover, his family live only an hour from Portlaoise Prison, which is where Maguire has requested a transfer to. However, the Irish Department of Justice has reportedly inferred that they did not deem Maguire's ties to the state to be strong enough to warrant repatriation. This is despite the fact that Maguire has two sisters and a brother, as well as uncles and aunts also living in Ireland, is from County Fermanagh (north of Ireland), has an Irish passport and no relatives in Britain.

According to international law, all prisoners have a right to apply to be repatriated to their home state – a request obviously being denied Mr Maguire. In refusing his application, the Department of Justice is effectively saying that Mr Maguire is not Irish enough.

The General Secretary (GS) of the League has written to the Minister of Justice, Mr. Dermot Ahern T.D to ask for confirmation that the refusal of Mr Maguire's application is not in breach of the Irish Constitution, EU law and Coucil of Europe rules regarding the repatriation of prisoners.

We were disappointed to learn that the application for Mr Maguire's repatriation to the Republic of Ireland was rejected on the alleged grounds that his links to the state were not strong enough.

I am aware that it is not common policy to comment on individual cases, but in this situation can you confirm that you are not in breach on the Irish Constitution and EU laws concerning the repatriation of mMr Maguire given the circumstances?

We look forward to your reply.