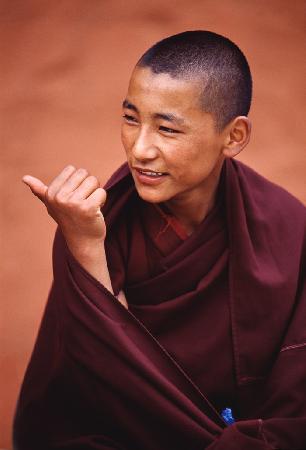 The Celtic League Cornish Branch is the latest arm of the League to express concern about events in Tibet. In a letter to the Chinese Ambassador to the United Kingdom Cornish branch Secretary, Mike Chappell urges the Chinese authorities "to seek a settlement with those who protest by discussion and diplomacy and to avoid the trap of violent action so easily fallen into" (see below).

I am writing to you in representation of AnKesunyans Keltek Scoren Kernewek - The Cornish Branch of the Celtic League, an organisation which has other branches in Scotland, The Isle of Man, Wales, The Republic of Ireland and Brittany as well as in London, New York and Internationally.

Many of our Celtic Nations, including ours in Cornwall, share much with the people of Tibet, in that we are not recognised by larger governing powers.

May we request that you communicate to the Government of the People's Republic of China, our membership's distaste at the violent scenes being witnessed in the World's media where Chinese authorities appear to be handing out rough and violent treatment to the many people of Tibet who protest against the current governance of their Nation by China.

We implore you to seek a settlement with those who protest by discussion and diplomacy and to avoid the trap of violent action so easily fallen into by many of the Western Nations, including the United States of America and the United Kingdom in pursuance of their own foreign and domestic policies.

Violence breeds violence and has never resulted in long term solutions and so perhaps The People's Republic of China should aim to be a world leader in tolerance of diversity and claims to statehood from both within its borders and from without. This would set a shining example to the Western Powers by showing that there are more solutions to difference and diversity than brute force.

Our world and its people's are weary of violence and war. There must be a better way ahead for human kind.

I feel sure that this represents a very reasonable request during this year of the Olympic Games in China, where people from many current Nations compete in peace on the sports field.