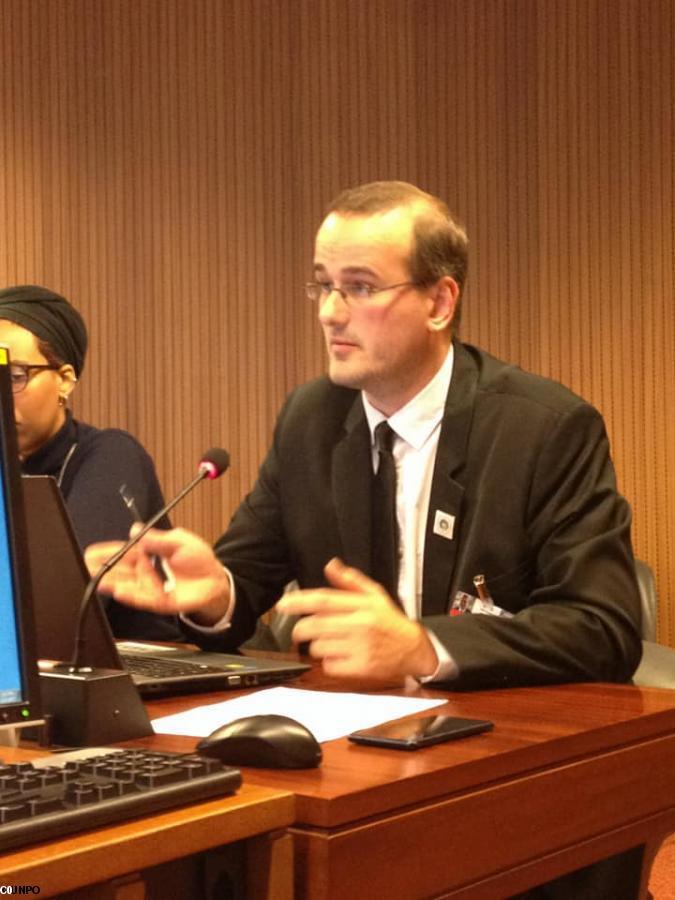 Thomas Radoubé speaks at the UN, on behalf of KAD, for Brittany. 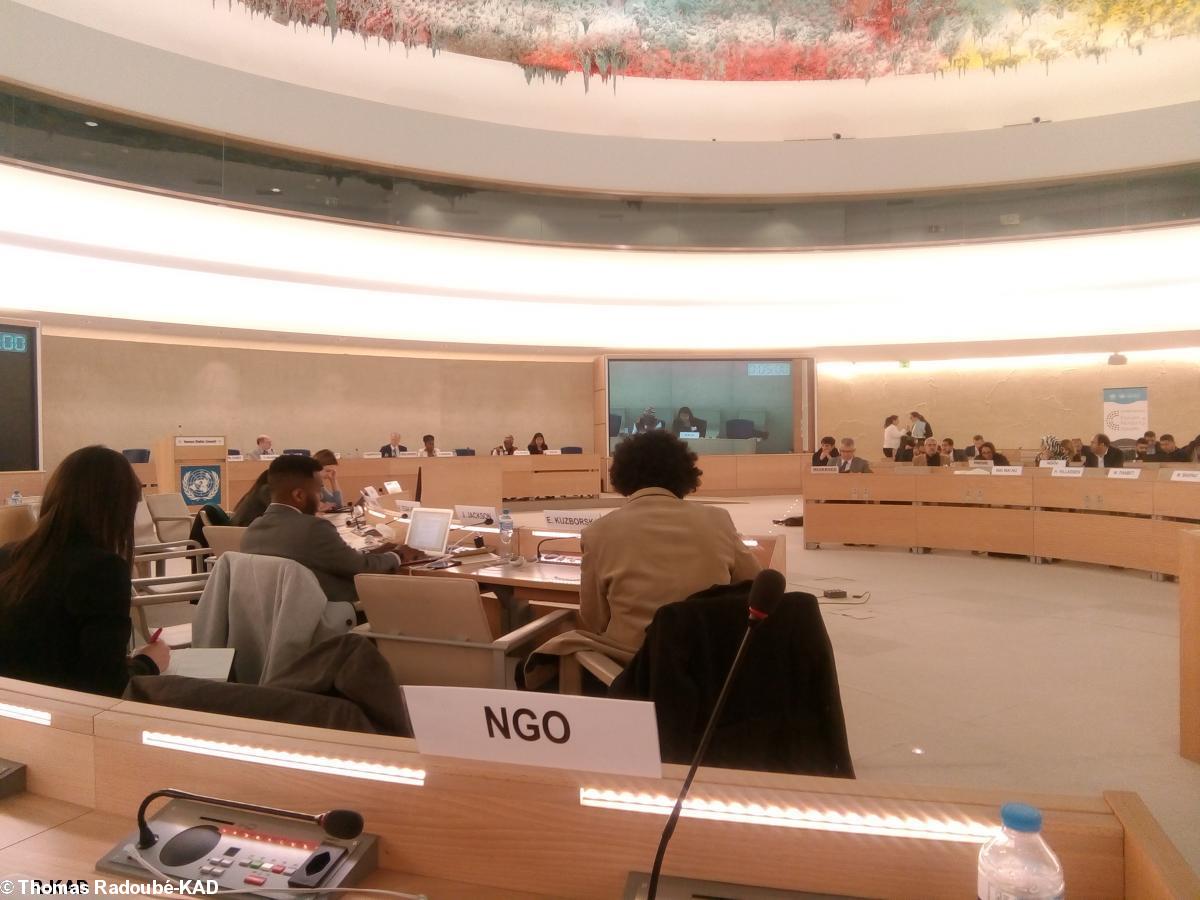 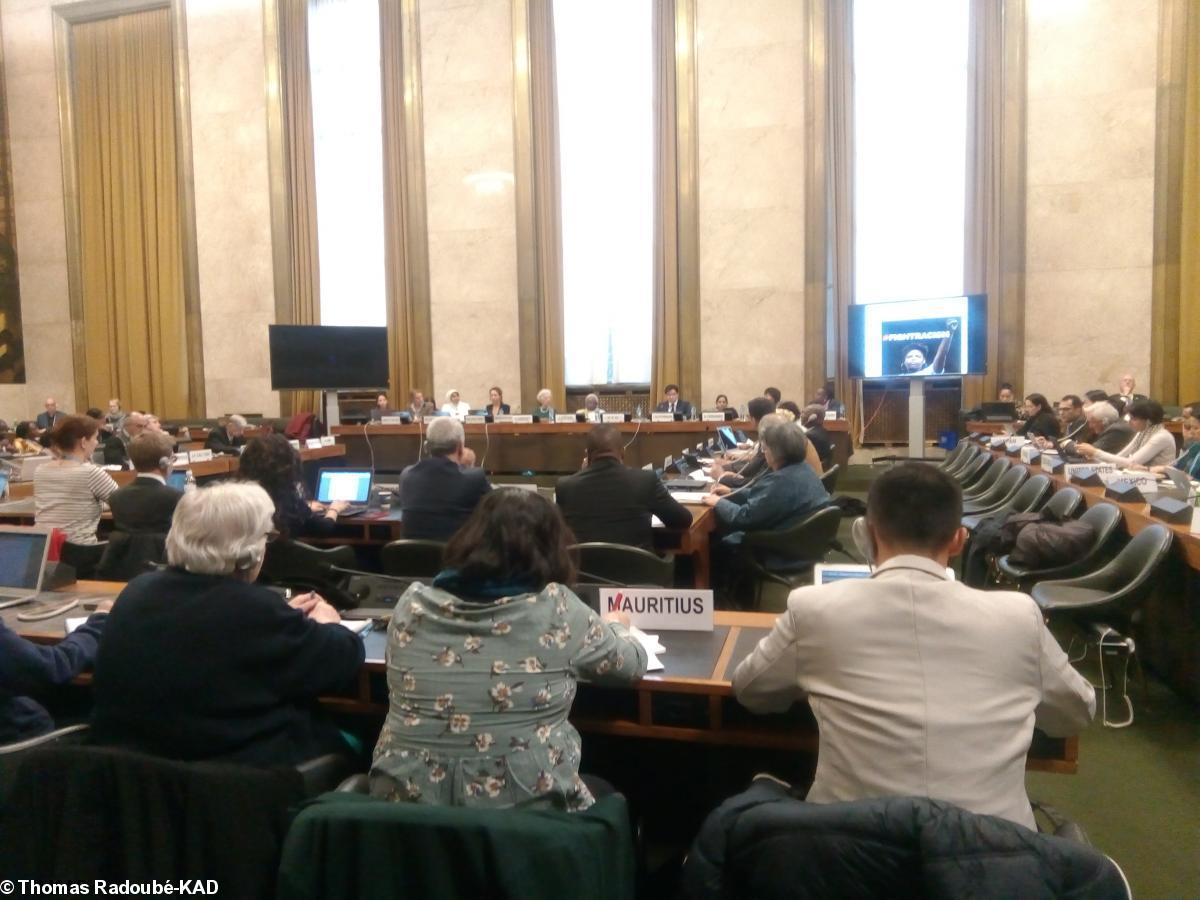 On November 30th and December 1st, the 10th UN (United Nations) Minority Forum was held at the Palais des Nations in Geneva, a veritable agora dedicated to the expression of the nations and minority peoples of the world, who meet to discuss their demands, their projects or even their distress to experts and observers around the world. Every year, it is the ideal opportunity for minorities to meet the actors of the international political scene, and to exchange with other nations in a similar situation. For this 10th edition, the topic of the forum was the inclusion of young people from minorities in present and future society. KAD (Kelc'h An Dael) was present, along with UNPO (Unrepresented Nations and People Organization) (1), of which we are members of the Presidency Council.

Many minorities had traveled from all over the world, including some 15 members of UNPO. Thus, representatives of ethnic, religious and linguistic minorities (essentially) mingled, and among them, a collective of deaf and dumb people who came to express very justified demands. We note that Brittany was the most represented minority during this edition, with 13 participants (a 'premiere'), coming from several associations as diverse as varied, including the Breton collective, and Diwan. This important delegation, without prior internal consultation, however, has been able to give a rather united picture of Breton activism, thanks to a globally common speech.

Speaking during the main sessions of the Assembly was not easy! Time was counted, and the presidency had warned us in advance of the impossibility for all to speak. Moreover, official delegations from mafia and oppressive States have monopolized this precious time by using unorthodox stratagems, such as the use of «screen NGOs», or speaking in a non-official language, granting themselves de facto translation time. It is thus more than an hour of speaking time that the minorities have been deprived of. Of which mine.

With UNPO, we organized a conference in a room next to the forum, during the Friday break, with the theme: the ideas for better inclusion of young people from minorities. I spoke in English, in a Tribune with other members of UNPO. Unlike the general forum, we knew that in this conference, we would be attentively listened to by the auditors, less numerous but more concentrated. And this tactic has paid off. My speech has been acclaimed on social networks, with more than 1,400 views, about fifty shares, on facebook and twitter. The UN Special Rapporteur himself shared my speech on his page.

At the end of this forum, during a private meeting with the rapporteur, as well as with the High Commissioner of the Anti-Discrimination Committee (an Irish woman who is keen on communicating with the Bretons), ways of working have been established. to implement with KAD, DAEL, and why not, in connection with the other associations that were present under the colors of Brittany. The rapporteur, who knows Brittany and its situation, wishes to make education and recognition of minority languages the main priority of his mandate which has just begun. This forum is a real accelerator of particles and has opened up new opportunities on which we will now work diligently.

Thomas Radoubé, for KAD at the United Nations in Geneva. Translated from (voir notre article) by Maryvonne Cadiou

The video: (voir le site) (Thomas at the 20th mn). Thomas's speech in English is in PDF below.

- The Parliament of Brittany's genesis

(voir notre article): Result of the first national and parliamentary elections in Brittany!;

- The Parliament of Brittany's press releases, since January 2017:

(Parliament elected by 486 representatives of the Breton people, in elections organized by KAD, see just above).

(voir notre article): About the 2017 Breizh Manif and reunification of Brittany;

(voir notre article): Against the mining projects of France in Brittany!;