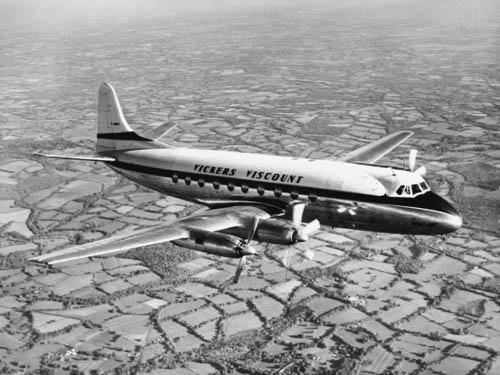 'Is it credible that an author could record events linked to missile testing at Aberporth in a book published a year before the British government say it commenced? It beggars belief!'

Next month sees the 40th anniversary of the loss of Aer Lingus airliner Flight EI712 which crashed into the sea with the loss of all sixty-one people on board near Tuskar Rock, Co Wexford on March 24th 1968.

The event, the most significant airliner losses up to that date, has been shrouded in mystery with strong suggestions, first aired during the initial official enquiry, that the aircraft could have crashed as a result of a collision with a military aircraft, a target or a guided missile. This latter suggestion was fuelled by the airliners flight path which took it across the fringes of the range safety area of the Aberporth missile testing range in the south central Irish sea.

Missiles and unmanned target aircraft from Aberporth and its satellite base at Llanbedr in Wales had been known to go dangerously off course over the years, a situation that applied both before and after the Tuskar Rock tragedy.

Scandalously, it was over twenty-five years before the Irish government reopened the crash file and only then after considerable pressure by relatives of those who died and also through a campaign by the Celtic League which sought access to information about military activity at the time.

Subsequent developments revealed a sad catalogue of missed opportunities to resolve the issue with British files on the crash which had either been lost or destroyed over the years.

Eventually a further domestic 'review' of all the evidence was undertaken and finally a further more thorough analysis conducted by 'independent international experts'. The conclusion was that the likely cause of the crash was due to some form of mechanical failure although even these 'experts' could not give a clear definition of what caused this.

The only thing the 'experts' were emphatic on was a certainty that military activity and particularly involvement of Aberporth missile testing range was not a factor. The 'conspiracy theorists' were debunked. Aberporth missile range was closed on the day and other military assets in the area incapable or not equipped to have participated in the tragedy.

The Irish government (and particularly its Department of Transport), with almost a sigh of relief, closed the file on EI-712,

Debris from a British SD2 Stiletto target-drone discovered in Irish waters near the wreck site some years later was, the report explained, irrelevant. The 'experts' said:

«The STILETTO is not taken into consideration since its first flight, in an early prototype configuration, took place in July 1968 (refer Annex B.b Item 2.3).»

However there is no dispute that an RAF flight, the day after the tragedy, carried personnel from Shorts (who constructed the drone under licence from its US manufacturers) to Aberporth (25/3/68 Avro Anson 352 Llanbedr to Belfast 11:30 - return - Belfast - Llanbedr 15:40). Again this is discounted as just part of the preparations of the British military to develop operationally this supersonic target-drone for use with its missiles some months after the crash.

Why we believe the experts were wrong to dismiss the STILETTO debris so swiftly is because, bizarrely, a history of Shorts Aircraft published over a year before the Aer Lingus crash makes it clear that the SD2 Stiletto programme was much more advanced than the British military or the Irish Department of Transports 'independent experts' would have us believe.

Barnes published his book in 1967, almost a year before the Aer Lingus crash, describing clearly a test programme which was underway. Yet in 2002 the review team do not seem to call into question the evidence (undoubtedly supplied by the United Kingdom) that the programme had not commenced.

Is it credible that an author could record events linked to missile testing at Aberporth in a book published a year before the British government say it commenced? It beggars belief!

There is another (possibly linked) coincidence. In the original 1970 report, which first highlighted the possibility of an aerial collision and which the final 'independent expert enquiry' went to some lengths to debunk, two of the witnesses to the crash described an aircraft in the area at the time:

«Witnesses No. 4 and 4(a). He and brother saw an aeroplane with right outer half of wing very red, as if on fire. The aeroplane was travelling in south-easterly direction, over Baginbun. Time about 11.45 a.m. (but uncertain).»

The Canberra STILETTO drone launch aircraft (WE146) was strikingly painted with both day-glo wings and tail which, depending on the angles of the sun, might produce the 'as if on fire' effect the witnesses record.

There are still clearly unanswered questions about EI712 and possible military involvement in its loss. Sadly, although it is the greatest loss of life in a domestic airliner tragedy, the Irish government wants the files to remain closed.