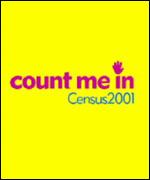 The UK Government announced this week that the Welsh will be given their own tick box on the 2011 population census, but the Cornish will not.

The news comes following the publication of a Government White Paper setting out the details of the questions to be used in the 2011 Census. For the first time, since the modern day Census was begun in 1841 in the UK, those people who wish to describe themselves as Welsh can do so by ticking their own separate box, whereas the Cornish will have to tick a box marked 'other' and write in 'Cornish' should they so wish.

This 'write in' option was the only one available to Cornish and Welsh people who wished to describe themselves in terms of this identity in the 2001 Census, leading to widespread criticism and a prominent campaign in Wales that saw thousands of people refusing to fill out the forms. In Wales however significant Government funding was made available to publicise the 'write in' option on the 2001 Census, but in Cornwall no public money was used to publicise the option. Despite this over 37000 people in Cornwall made the decision to record themselves as Cornish, which also meant“ significantly - not registering as 'British'.

Over the last few years the Kernow Branch of the Celtic League have campaigned strongly for the inclusion of a Cornish tick box on the 2011 Census and have attended every UK meeting held by the Office of National Statistics (ONS) to discuss the topic. The Branch were so vehement and persistent in their approach that the ONS even agreed to hold a public meeting in Truro, Cornwall to discuss the issues further.

Also during the 2001 Census, the Kernow Branch of the League delivered thousands of leaflets throughout Cornwall to publicise the fact that people could choose the 'write in' Cornish option should they wish to. The League's General Secretary (GS), who was Kernow Branch Convenorn at the time, even became a Census Enumerator (in addition to having a full time job) to inform people face to face that they could register themselves as Cornish, if a certain procedure was followed.

Writing to the Kernow Branch Secretary Iwan le Moine today, the GS, who is also a member of the Branch, said:

"The Branch should build on the hard work undertaken over the last ten years to make the Government further aware that their proposed option for the 2011 Census will not do for the Cornish.

"We can work to publicise the fact that people have the option of 'writing in' Cornish on their 2011 Census forms, while at the same time seeking Government money to highlight this fact, or we can encourage people to to refuse to fill out their Census forms. As Mike Chappell [previous Branch Secretary] warned the Office for National Statistics in 2007, if they refuse to provide a tick box for the Cornish in their 2011 Census, they should expect people to boycott the Census completely.

"Many of the members of Kernow Branch have said that they would be prepared to boycott the 2011 Census if it did not include a Cornish only tick box and I suggest we as a branch urge members of the other branches to do the same."

Personally, the latter is my preferred option. Quite simply the Government's decision not to include the Cornish is not good enough and is an affront to democracy and fairness. The Cornish need to be included in the Census, like the Welsh and the Scots, otherwise we will continue to remain officially virtually invisible."

On the 'Pledge Bank' website, where people make a pledge to undertake action should a certain amount of others agree to do the same, over five hundred people have already said that they will not fill out the Census if a Cornish tick box is not included. There is a legal requirement for residents in the UK to fill in the Census, which comes around every ten years, and there is a possibility of legal action against anyone who does not.

A census is the procedure of systematically acquiring and recording information about the members of a given population. The 2011 Census in the UK will have a single tick box for 'Welsh / Scottish / Northern Irish / British/English' and three alternatives of 'Irish,' 'Gypsy and Irish Traveller' and 'Others' and will be administered on 27 March 2011.

Cornish ethnicity data from the 2001 Census: