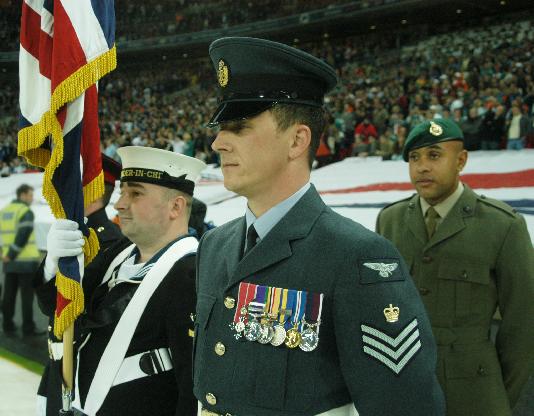 More evidence that the British armed Forces are not the positive career choice for young people that the Isle of Man Department of Education (DoE) believes comes from analysis of statistics on suicide compiled by the United Kingdom itself.

Earlier this month the Celtic League had criticised the DoE for actively allowing the promotion of military service as a career for young people in Island schools. The League have also queried with the Irish government the practice of allowing Irish young people to enlist in the British Armed Forces.

Analysis of suicides in the armed forces shows that for the 24-year period 1984-2007, 712 suicides occurred among UK regular Armed Forces personnel: 694 among males, and 18 among females. This represents an addition of 7 suicides in 2007 (6 males and 1 female), and 18 other suicides that occurred in previous years (16 males and 2 females).

However while overall suicide levels were in most instances lower the risk for those aged under twenty was significantly higher - percentage wise over the sample period this had varied from 54% to 136% higher than the general UK population.

Some key point in the data compiled by Defence Analytical Services and Advice (DASA) under the title SUICIDE AND OPEN VERDICT DEATHS IN THE UK REGULAR ARMED FORCES 1984-2007 found that:

«The overall age-standardised suicide rate for the Army was statistically significantly higher than for the other two services, at 14 per 100,000 strength compared to 10 for the Naval Service and 10 for the RAF.»

«Overall, male suicide rates in the UK Armed Forces were statistically significantly lower than the general UK population, with the exception of Army males aged under 20. Over the period 1984-2007 this group had a statistically significantly increased risk of approximately 50%. This increased risk is the same as previously reported for 1984-2006.»

The full report and all DASA publications can be accessed at: