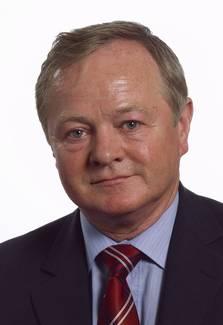 Jim Higgins MEP.
Scaling down Irish translation in EU Parliament would be 'a tragedy' - says MEP

MEP Jim Higgins has told the Celtic League he is «pleased to confirm» that he uses Irish on all occasions when he contributes to debate in the European Parliament.

He was responding to a communication from Celtic League General Secretary, Rhisiart Tal-e-bot, who wrote to all 16 Irish MEPs in January urging them to use every effort to ensure the status of Irish as an official language in the European Parliament is maintained

Mr Higgins went on to say, «I fully appreciate the logic of your arguments in relation to the possible scaling down of the availability of the translation service which would be a tragedy given the fact that it only came in to vogue on the 1st January 2007.»

So far the responses from MEPs contacted has been limited.