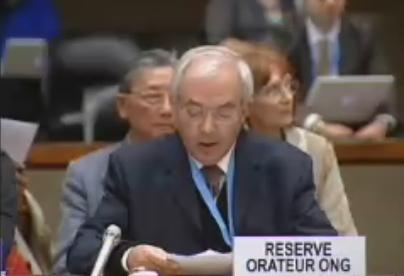 The case for a Universal Declaration of Linguistic Rights was presented on Wednesday (17th September 2008) to the United Nations Human Rights Council in Geneva by the President of CIEMEN, Aureli Argemí.

«Languages do not have rights; but individuals do have linguistic rights. It is for this reason that we commonly distinguish between languages and cultures».

It has taken CIEMEN since 1996 to reach this stage when the Celtic League was one of the original signatories to a Universal Declaration of Linguistic Rights (DUDL) in Barcelona. Last June CIEMEN presented a draft resolution on linguistic rights to the UN Human Rights Council in Geneva, but this is the first time, since the DUDL was approved in 1996, that the organization has argued the case for linguistic rights at an official UN Human Rights Council session.