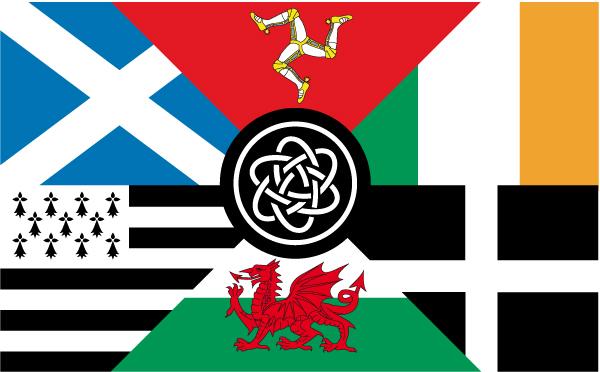 At the League's annual general assembly in Kernow in 2009, the League reiterated its support for the Scottish referendum and pledged to help promote and publicise a positive result in the run up to the vote. The full statement from the League's secretaries can be found below.

«2010 is poised to be a very significant year for the Celtic nations, most of all in Alba/Scotland. As 2010 begins, the Celtic League is announcing it is ready to help nationalists in the Celtic nations to further their aims of achieving self-government.

A referendum on Scottish independence is due in 2010 and it will have major implications for the Celtic nations, England, Europe and the world. At the League's annual general meeting in Kernow in 2009, the League reiterated its support for the Scottish referendum and pledged to help promote and publicise a positive result in the run up to the vote. A positive vote in Scotland's referendum on independence in 2010 will be the biggest single political development to occur within the Celtic countries since devolution was granted by the UK government in 1997. 2010 will therefore be a decisive year not only for the people of Scotland, but for all the peoples of the Celtic countries and throughout Europe. Scotland has an opportunity to show the world that the country is mature enough to take full control of its own affairs and can succeed where others have. For this reason the Celtic League is especially looking forward to 2010, because it believes that the Scottish people will make the right decision if given the full facts.

The Celtic League calls on Scottish voters not to be fooled by flattery about the close geographical and cultural links between Scotland and England that would be a shame to undo. Spain and Portugal have many geographical and cultural links and speak similar languages but they are separate independent states. Many countries have much in common in terms of culture, but they are still independent. Scotland is an ancient nation with a distinctive national culture, so the Scottish people needn't worry about any possible cultural loss in being independent. Scottish voters should not be fobbed off by such comments.

The Celtic League calls on England and unionists in Scotland to respect the referendum and the respect the result of the referendum if the Scottish people vote for independence. The Celtic League hopes that England and the unionists will accept a democratic decision and will not do as was done in Ireland and demand that Scotland be partitioned to placate unionists who refuse to accede to the wishes of the majority.

We call on the international community, particularly the European Union and the United Nations, to ensure that England does not use force or dirty tactics against Scotland in the run up to the referendum or in the event of the Scottish people voting in favour of independence. Various nations have gained their independence in the last two decades and Scotland should be next. Kosova became independent in 2008. Montenegro voted for independence in 2006. East Timor voted for independence in 1999 and became an independent state in 2002. The Czech Republic and Slovakia separated peacefully in 1993. Estonia, Latvia and Lithuania became independent again after 50 years of Russian occupation. Countries have withdrawn from various places the last two decades. England withdrew peacefully from Hong Kong in 1997 and from Iraq in 2009. Portugal withdrew from Macau in 1999. Nigeria withdrew from the Bakassi peninsula in 2008 and handed it to Cameroon. England can withdraw peacefully from Scotland as it has did from Hong Kong.

A vote for independence in Scotland will have a positive impact in the other Celtic nations. It will no doubt encourage the Welsh people to vote for further powers for Wales and possibly a referendum on independence too. It may also prompt the Manx government to finally decide to hold a referendum on full independence and the people of Cornwall will also be encouraged by a positive Scottish vote to step up their demand for self-government. Scottish independence will have enormous implications in Ireland too and it will hasten Irish reunification. 2010 could also be a significant year in Kernow (Cornwall). It is probable that Cornish voters will elect the first Cornish nationalist member of parliament. Already the Cornish nationalists are more successful and more popular in Kernow than are the British Labour party. In Ireland, the nationalist parties in the British controlled area are in discussions about fielding a single nationalist candidate in each constituency in the hope that more nationalist members of parliament will be elected than unionist ones. This would be the first time ever that nationalists would be in the majority in the British controlled area.

The year 2010 could go down in history as the year that marked the beginning of a new dawn for the Celtic countries and one that also changed the future and face of the European Union. In voting for Scottish independence the people of Scotland will not be cutting themselves off from the rest of Europe, but rather they will be joining a growing list of free and independent nations that want the best for their countries.

Throughout 2010 the Celtic League will be offering its support to those organisations that are campaigning for a yes vote through peaceful means. We will be asking the peoples of the Celtic nations and others around the world to support the Scottish people's right to independence and to assist them in any way they can to help achieve this goal.»