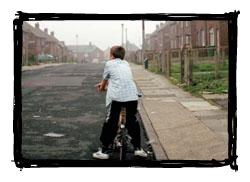 There is renewed controversy in the United Kingdom over poverty levels, particularly child and pensioner poverty. The new data shows that despite a booming economy, high levels of employment and consistent growth, over the past decades the situation has worsened. Promises by the UK Labour government to address the issue have not been realised.

It comes as no surprise to the Celtic League that this situation has materialised we have regularly reported over the past eight years on successive reports by International bodies and NGOs which have signalled the failure of anti-poverty measures.

Pointedly, three years ago following a particularly detailed and critical report by the EU Survey on Income and Living Conditions in Ireland we said; «on past trends it is highly likely that poverty trends in Ireland will be mirrored in the other countries».

All the jurisdictions in Britain and Ireland have probably enjoyed unprecedented levels of growth and prosperity in the past decade and yet the situation for those on low incomes worsens. Now with economic storm clouds on the horizon it is time for governments to ensure that those most at risk from financial stringency are protected.

Links here to articles of poverty and low incomes in Britain, Ireland and the Isle of Man: