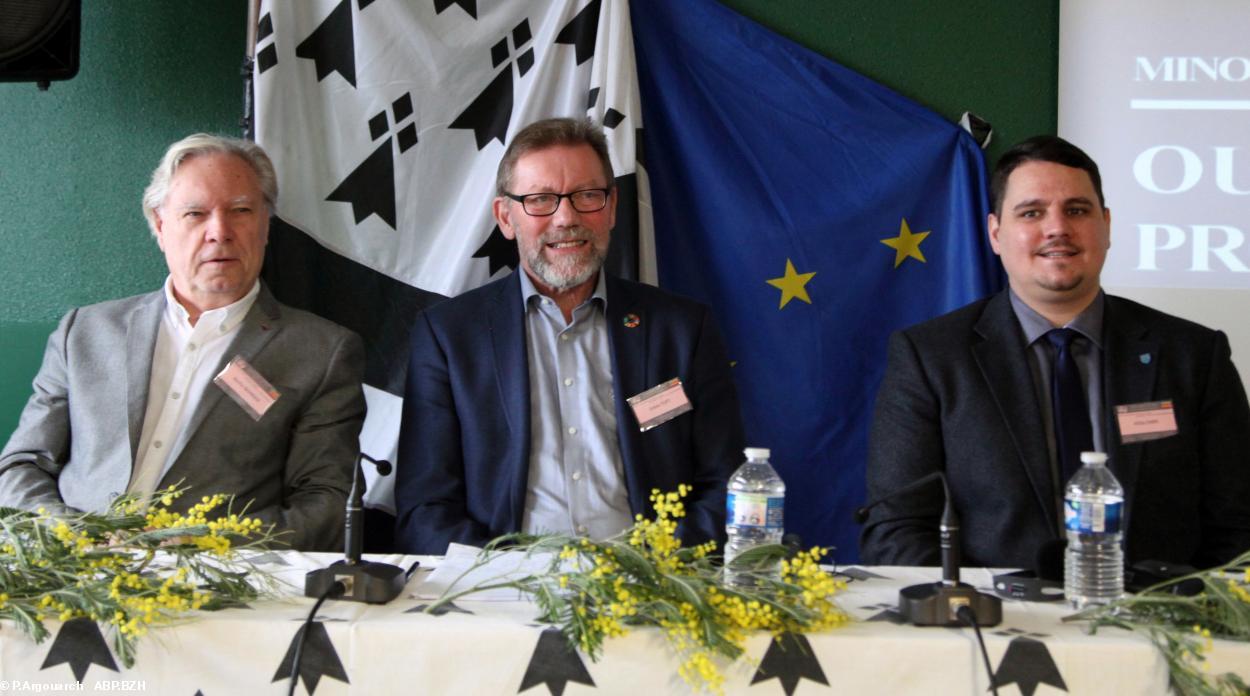 Solidarity among European minorities is urgently needed to obtain the EU legal act for the equality of the regions and the sustainability of the regional cultures! We need your support and signature before 7th May 2020.

Brittany’s Cultural Institute : Institut Culturel de Bretagne /Skol Uhel Ar Vro hosted on 11th January 2020 in Vannes ( Brittany) a conference to discuss the role that European Citizen Initiatives could play for the minorities who are discriminated against in the European countries they live in, particularly the initiative European movement for protecting national regions leading to the EU legal act for the equality of the regions and the sustainability of the regional cultures! These Initiatives or petitions set up by the European Union offer European citizens the possibility to ask the European Commission for changes in various social, environmental, economic and political issues.

The invited speakers at the Conference in Vannes during the morning session were :

Mr Attila Dabis, Ph.D. in International Relations who is a member of the Hungarian speaking minority of the Szeklers in Romania. Mr Attila Dabis explained in which ways this Hungarian minority is discriminated against in Romania. Bretons listening to his excellent presentation, could identify with the discriminative experiences of the Szeklers, the cultural, political and economical disadvantages they experience in Romania.

Bahne Bahnsen, Vice President of FUEN (Federal Union of European Nationalities) based in Berlin, spoke about the role of FUEN, which has helped national minorities in Europe for 70 years and particularly about their role in promoting the first Initiative called European Minority Safe Pack, which proved to be a successful European Citizen Initiative as it managed to gather the necessary 1 Million signatures all over Europe as well as the minimum signatures required for each European country. For more information click here :

Mr Gösta Toft, also Vice President of FUEN, has then presented the current European Citizen Initiative, which is in the process of gathering the obligatory 1 Million signatures: European movement for protecting national regions or an EU legal act for the equality of the regions and the sustainability of the regional cultures.

This initiative, in order to be successful , needs solidarity between national minorities who want their historical regions, languages and cultures to be treated fairly. The amount of signatures required are in Ireland : 8250, in the UK: 54.750. In France : 55,500.

All members of national minorities in Europe as well as anyone who enjoys and wants to support cultural diversity in his country and all over Europe should sign the current European Initiative, which needs 1 Million signatures before 7th May 2020 .