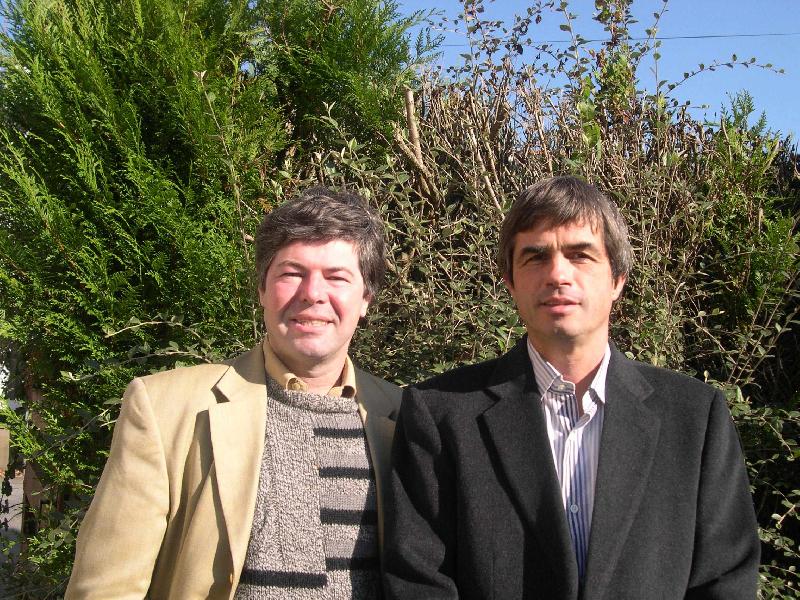 Breton Party : What is the meaning of your inclusion in the city majority in Redon, and what are you responsible for ?

The list was made without any political affiliation, with people between the centre left and the centre right. We bring our political sensibility, and everyone knows we are members of the Breton Party. Our presence on this list was probably a decisive element for us to win the elections, given that we won them by a 48 votes difference only. The list lead by the Socialist MP of Redon lost, though the latter was elected as a MP in 2007 with 56 % of the votes in Redon. The city councillors have various origins, and everyone do their part.

Gaël Le Bras : Since March, we created a consultative council on Breton identity and culture, that I preside. Three sessions have been held already. It gathers all of the Breton language and culture associations from Redon, the Office of the Breton language, as well as three majority councillors and a councillor from the opposition. Besides, I am a member of the hospital governing body, and I am interested by everything that has to do with health, with a recurrent issue : recruiting new doctors.

Émile Granville : I am Deputy Mayor, responsible for welfare and sustainable development, two very interesting and time-consuming functions. Besides, I am a member of the Redon area community council, vice-president of the area, that regroups 55 towns, in charge of environment, energy savings, Natura 2000 for the Redon swamps, and the Forestclim programme, the objective of which is to anticipate global warming to preserve tree biodiversity.

PB : For the 6 years to come, what projects do you wish to support for Redon and its area?

As far as the city is concerned, there are environmental objectives, such as a zero pesticide desherbing programme in Spring 2009, a carbon assessment, energy savings, biological food in school restaurants, and the launch of bicyle lanes. For culture, we want to put on a par Breton and popular culture, and the institutional programme of the theatre. We want to support bilingual schools in the private and public sectors. By 2010, a House of associations will be built. As far as economy is concerned, there are many projects shared by the city and the community council, the departements and the region. We defend the project for multimodal transport and the construction of a business centre near the train station. We also wish to include Redon better in the Rennes/Saint-Nazaire axis and link Morbihan and Loire-Atlantique by building a road circumvention around Redon. Good access ways are a necessary condition for economic development.

PB : What brings the presence of Breton Party councillors in the Redon city council ?

We are firstly elected as individuals, but no one ignores that we are members of the Breton Party. This belonging is often mentioned in the papers. Some people try to harm us by our belonging to the Breton Party. It is a lost cause, and completely out of the matter, because the citizens judge us firstly by who we are and what we do. The Breton Party is now naturally included in the political spectrum in Redon. Concerning the identity issues, we probably bring a coherence and a better taking into account of the local realities by including Breton culture into a European context. We see to it that Breton culture is valued in all of the city cultural actions. We put Redon into the context of Brittany, in link with Nantes and Saint-Nazaire.

We also show that we have our feet firmly on the ground, by caring about the daily problems of the Redon citizens. Indeed, we are lead to explain, and therefore to share, our engagement for Brittany.

PB : Redon has just voted its membership to the second level of the Ya d'ar Brezhoneg ! charter for the Breton language. What are your ambitions ?

PB : What are your relationships with the members of the UDB (Breton Democratic Union) and the Greens, who are in the opposition?

We are very disappointed by the attitude of the UDB and the Greens, who have been systematically opposed, even when they should agree with us on some issues. For instance, when we decided to forbid GMOs in the school restaurants, or when we decided to become a member of an association that develops biological agriculture, they intervened to contest these choices.

Other example, when we created the consultative council for Breton identity and culture, the UDB member came to tell us that the opposition members would not vote because they only wanted to talk about culture, and they were embarrassed with the concept of Breton identity. It didn't prevent him from being candidate, and elected by this consultative council, with the votes of the majority only. Lastly, the same UDB member explained to the city council that we went too far by voting the second level of the Breton language charter. The opposition abstained once again, whereas the Greens had just signed the charter and explained that their members should support the local initiatives. Their attitude is merely careerist and very negative. It is a pity, because we should agree on many issues.

PB : The Redon area is especially concerned by the issue of the administrative reunification of Brittany : what do you think of the situation, and what are the perspectives of progress ?

The regional partition of the Redon area is a catastrophe, while the real industrial and employment area is Nantes/Saint-Nazaire. We think that the commission created between the administrative region and the Loire-Atlantique departement does not do its best to promote the reunification. For many members of the commission, it is just another issue, not prioritised, for which only some symbolic measures are taken. During the demonstration on the 30th september in Nantes, the consultative council for Breton culture and identity took the initiative to mobilise Redon. We make relationships between the city of Redon and the association United Brittany easier. Locally, the need for reunification is clear, may it just be because of the spreading of our territory. The community council of the Redon area has 53 000 inhabitants. It now includes four other towns from Loire-Atlantique : Guémené-Penfao, Conquereuil, Massérac, Plessé et Pierric. There were already the towns of Avessac, Saint-Nicolas-de-Redon and Fégréac. It is clear that these towns consider themselves Breton by 100 %. The solidarity with Redon is complete.

There are other local tools for integration, such as the SCOT (territorial coherence scheme), the road network Redon/Saint-Nazaire that will be improved in the next 6 years. It is grassroots politics, very useful. But it is all unsufficient. For us, reunification is an absolute necessity. The population and the Breton councillors must get the reunification from the French government.