Bretagne Réunie distributes a text to Unesco’s guests: the Loire Valley and the World Heritage violated 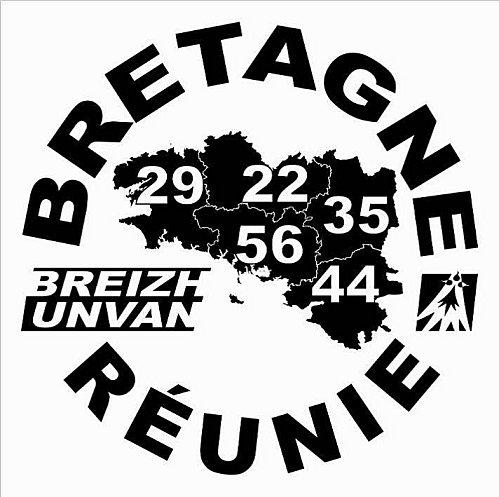 Bretagne Réunie, the association whose goal is a reunified Brittany, took advantage of the evening of launch party for the 40th anniversary of the World Heritage, on Monday, January 30th, to distribute to 500 guests of this ceremony, organized in the premises of Unesco in Paris, the French-English bilingual leaflet and so to inform everyone as widely as possible of the currently diversions of its invaluable label. (voir notre article) de ABP n° 24888.

Here the text of the leaflet

Since 2000, the Val de Loire (France) is a “World Heritage”, in respect of live cultural landscapes (Internet : (voir le site) ).

The “Val de Loire” is a geographical, human and historical entity, strictly identified. There are 42 castles (“Châteaux de la Loire”), belonging to the royal estate, built and remodeled during the Renaissance, when the French royal power was located on the banks of the river Loire and its tributaries.

The designated site is located between Chalonnes-sur-Loire – downstream from Angers – and Sully-sur-Loire – upstream of Orléans. It goes through 280 km of the departments of Loiret, Loir-et-Cher, Indre-et-Loire, Maine-et-Loire, totaling 800 km², which makes the “Val de Loire” the largest French site at the Unesco's World Heritage.

Since 2008, the two administrative regions of Pays de la Loire and Centre have organized a true diversion of the registration as “Unesco World Heritage”, by deciding unilaterally to promote a territory, much larger than the one registered ! Outer sites and monuments are fraudulently labelled “Unesco World Heritage” on many leaflets, tourist brochures, and websites !

On June 6th 2009, the citizen society Bretagne Réunie and other Breton societies had reported these diversions by sending a letter to Mr Francesco Bandarin, focusing on the occurring contradiction as regards the World Heritage Convention.

On July 24th 2009, Mr Mechtild Rôssler, Head of Europe's and North America's office at the Unesco, sent back a letter, confirming that the Castle of the Dukes of Brittany and Nantes vineyards are not in the Val de Loire area. The Dukes of Brittany's castle was part of the Breton castles network aimed at defending the Breton territory from the military French assaults. It was therefore by no means a castle of the Kings of France's Loire valley.

In March 2011, Bretagne Réunie has again alerted Mrs Irina Bokova, Head of Unesco, on the unilateral extension, orchestrated by the two administrative regions, annexing the Loire-Atlantique Breton Department, that is no part of the Val de Loire, and has never been !

On April 21th 2011, Mrs Petya Totchavora, head of Unit Europe and North America at the World Heritage Center, confirmed that no request for extending of the perimeter of Val de Loire, had been requested for. She saw that the Unesco's logo had been wrongly used to promote castles which location is out of the specified Val de Loire site. So, she sent a letter to the “Délégation permanente de la France” by the Unesco, requiring to fix this wrongdoing.

Asked by the newspaper La Gazette.fr (La Gazette des Communes), dated May 20th 2011, a cabinet member of the regional Council of Pays de la Loire said: « It is a mistake and we're going to restore it right, we must respect the charter we signed ».

Unfortunately, since then, the diversions went on and nothing changed. Booklets, leaflets, tourist information, internet sites, are always fraudulently stamped with Unesco World Heritage logos.

The two administrative regions of Pays de la Loire and Centre don't really seem worried by the permanent delegation of France to Unesco and don't respect the agreement “Patrimoine Mondial de l'Unesco”, signed by France: they go on counterfeiting, on an industrial scale.

Thus, on January 16th 2012, in Tours, the French State and the two administrative regions “Pays de la Loire” and “Centre” signed a Convention so as to create and develop a label “Val de Loire”, in the aim of attracting more tourists, especially foreigners, towards this worldwide known region, famous for its castles.

That “Val de Loire” label will refer to an area going from the “Loiret” department to the Atlantic Ocean !

The name “Val de Loire” is a deliberate violation of the scope of Unesco and unrelated to a geographical definition and human history of the Loire Valley, because it intentionally and forcibly annexed the Loire-Atlantique, which is a Breton department.

Only totalitarian regimes are so able to manipulate the history and geography and to change the definition lumps (cf. “1984” by George Orwell) to remodel in a completely arbitrary and artificial territorial and cultural identities of its inhabitants.

This operation is running smooth: no one will be killed nor imprisoned. But it is well-identity, culture, people and landmarks of their collective memory being murdered by inches, with the considerable resources of government (education, justice, land use planning, organization of local councils.

As the 40th anniversary of the creation of the World Heritage Convention, recognizing the financial difficulties of the organization but equally aware of the values it defends, Bretagne Réunie, asks Unesco to denounce and have these unprecedented diversions ended, committed in the aim of reshaping territories and ancient identities, seriously prejudicial to the Breton national minority.


Bretagne Réunie, Member of the Agency of Fundamental Rights of the European Union

(voir notre article) The Vineyard of Nantes diluted in the “Val de Loire”, it is the Vineyard that is being murdered : 16/08/2009.