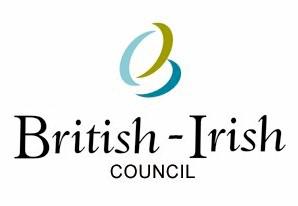 The British Irish Council achieving nothing and going nowhere

Meanwhile Deputy First Minister of Northern Ireland Martin McGuinness also weighed in telling a local radio station that the body says provides «a valuable opportunity to talk about the problems».

Well on the basis of enquiries undertaken by the Celtic League, it would seem that the BIC is just as Mr McGuiness says, a talking shop.

In October the Celtic League queried the Irish government on the value and cost of the BIC to Ireland.

The reply from the Office of the Taoiseach is set out below.

We believe the reply indicates that little of substance or practical value accrues from the BIC and would question in these difficult economic times the wisdom of continuing to allow this 'talking shop' to indulge itself!

Office of the Taoiseach

The Taoiseach, Mr Brian Cowen TD, has asked me to reply to your letter of 2 October, 2010 concerning the British Irish Council and the progress on the `Misuse of Drugs' workstream on which Ireland takes the lead.

As you will be aware, the aim of the British-Irish Council (BIC) is to facilitate the exchange of information, discussion and consultation and to use best endeavours to reach agreement on co-operation around matters of mutual interest within the competence of the relevant Administrations in order to promote harmonious and mutually beneficial development.

The Sectoral Group on the Misuse of Drugs, is a particularly active workstream under the BIC, and successfully carry out their work programme on an annual basis with the full co-operation and engagement ofall eight Administrations. The meetings cover a range of issues concerned with drug misuse and provide a useful forum to exchange experiences and recommend best practice, with particular emphasis on initiatives that have led to successful outcomes and that may lend themselves to broader application in other administrations.

Many bilateral contacts have been forged which have subsequently facilitated cooperation on both a formal and informal level. These ongoing contacts/networks are continuing to facilitate the development of further co-operation. As Members are now more aware of their mutual interests, they are increasingly providing information, invitations to events and seminars etc. to other Members as a matter of course. BIC members have also benefited from the exchange of research findings.

Regular contact between BIC Members on a range of drug related issues has contributed to broader co-operation across the BIC area. For example, a general population survey on drug use in Ireland & Northern Ireland was conducted by the National Advisory Committee on Drugs (NACD) in Ireland and the Drug and Alcohol Information and Research Unit (DAIRU) within the Department of Health and Public Safety in Northern Ireland in 2003 and was repeated in 2006/07. A further survey is now in progress for 2010/2011. This is just one example of how contacts between members can enhance work on the development of policy in the drugs area.

Another good example of the benefits of the Group has been the considerable exchange of the experiences and responses by each administration around the sale of psychoactive substances in headshops and through the internet. The concerns around these substances were raised by Jersey and Guernsey before it became an EU-wide issue and as a result such sharing of information and regular updates regarding these substances proved particularly useful for Ireland and the UK, in the EU context. The BIC Group now include the issues surrounding psychoactive substances as a standing agenda item for all BIC Sectoral Group meetings.

The issue of Drug-Related Deaths has also been discussed by the Officials Group and provided a good opportunity for comparison of similar initiatives among the Administrations. As a result of comparing data, it was found that trends between Ireland and Scotland were broadly similar and both Administrations have been able to consult in the development of their respective reporting mechanisms.

The BIC Officials' Group on Drugs Misuse has just completed its 2010 work Programme which consisted of 3 Officials meetings and a Ministerial Meeting. The Ministers met in the Isle of Man in February of this year, where they discussed Substance Misuse in the Prison Setting — Issues and Treatment, and shared initiatives within their Administrations on this matter in the context of prevention; supply reduction; treatment options; and continuity of treatment in the community.

The Group are currently considering the 2011 Work Programme which is likely to comprise three meetings at official level and one Ministerial Meeting.

The cost of Ireland's participation in the British-Irish Council would be comprised largely of the cost of staff time in relation to Secretariat duties (this is covered by our Department of Foreign Affairs); co-ordination an participation in the meetings of all work-streams by officials across a range of government departments along with related travel costs. Costs also arise in relation to the hosting of BIC Summits which are rotated between each member administration. Dublin last hosted a Summit in February, 2008.

While it is not possible to provide an overall sum relating to Ireland's participation in the British Irish Council it undoubtedly provides a valuable forum to work with the other member administrations to make progress on important matters of mutual interest.

Private Secretary to the Taoiseach»