Reunification of Brittany, the only hope of the Bretons against the "Grand Ouest" 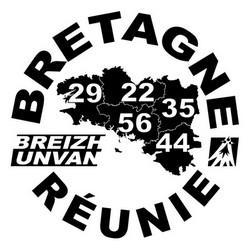 On April 8th, in front the national representation, the French Prime Minister proposed to modernize France by halving the number of administrative regions.

This announcement confirms what the president of the French Republic said during his press conference on January 14th 2014 about reducing the number of regions.

France parted into 10 regions is the choice between:

- Reunification of Brittany with the Loire-Atlantique;

- Disappearance of Brittany in a large technocratic West .

The news speed up and History with them.

Bretagne Réunie calls even stronger now the citizens to come and demonstrate on Saturday, April 19th 2014 in Nantes, at 3 pm, place de Bretagne.

This popular and festive event will:

- Demonstrate again the opposition of the Bretons to a large technocratic West region;

- Remind, in this now crucial period, the persistent demand of 40 years long throughout the whole Breton Society to build a Brittany with its 5 departments and an assertive and powerful identity.

Brittany with 5 departments, with its 4,600,000 inhabitants, having the size of Scotland or Denmark, will compete with major regions in Europe.

We say No to forced union of Brittany with other(s) region(s) which will acknowledge the political disappearance of Brittany in a large technocratic west and marginalize western Brittany.

We say Yes to the reunification of Brittany with the Loire-Atlantique that will respect the popular will and the historical, geographic and cultural consistency of territories, necessary elements for economic and social development of these territories.

We say Yes to an Assembly of Brittany that includes the Brittany region and five Breton departments for a better efficiency of public action.