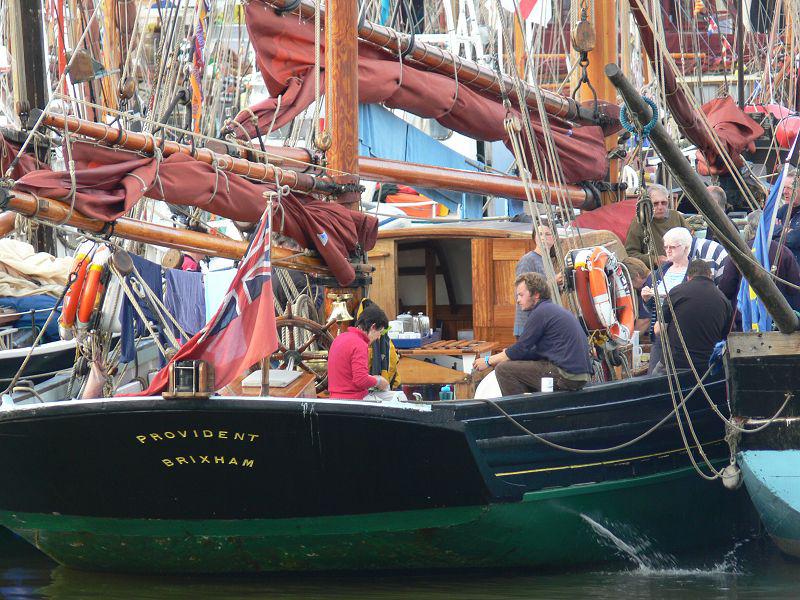 Welcome to the 10th Paimpol Sea Shanty Festival ! From August 12th to 14 th we will be celebrating seafaring traditions. Once again, we are expecting a splendid flotilla to fill the port of Paimpol to celebrate our maritime heritage in music and song.

This year's festival is our opportunity to celebrate again the common values of seafarers around the world. We welcome all traditional craft, large and small, and invite all crew members to bring along musical instruments and song books.

For 3 days and 4 nights, Paimpol marina is all yours ! We look forward to receiving your completed registration form as soon as possible. See you soon !


Braving storms and squalls, the Sea Chanty Festival keeps going its own sweet way towards its 10th edition.

After the Northern seas, the Mediterranean shores, Eastern countries, Africa, the Americas, the 2011 theme will be “Celtic Calls”.

The Festival will thus explore through music all of the celtic universe, from the Asturias to Ireland and Galicia, from Cornwall to Wales and Scotland, not to forget Brittany of course, nor the Celtic diaspora. Back to the fold as it were, before sailing off again in 2013 towards far-off lands.

But of course, this choice won't keep the Festival from heading now and then for musics of the world.

As for the Festival-lovers, they'll find once again all that makes its charm: a great many sea chanty bands, “just as at home” performing on Paimpol quays, but also fresh and sunny musics, brass bands, bagadoù, festoù-noz, exhibitions, local food tasting... And nearly three hundred traditional ships filling dock n°1 and contributing to the general festive atmosphere in Paimpol old harbour with their multicoloured sails.

See you at the next edition of the Sea Shanty Festival – its 10th anniversary – on Paimpol quays, on August, Friday 12th, Saturday 13th and Sunday 14th, 2011.


In 2005, the festival became part of the produce of Brittany foundation, thus sharing the aim to develop tourism and economic growth of the region through a strong sense of identity. These are values to be shared...

The event also wishes to promote the Breton language and culture. The information signs and the website are written in both French and Breton. Breton music is largely represented in the line-up. The exhibitors' fair hosts local products or craft. All this enabled the Sailors' Songs Festival to become the first festival in Brittany to obtain the Ya d'ar Brezhoneg (level 1) seal of approval in 2008, awarded by the Breton Language Office.

How to volunteer at the Festival

Fill the form in PDF or Word.