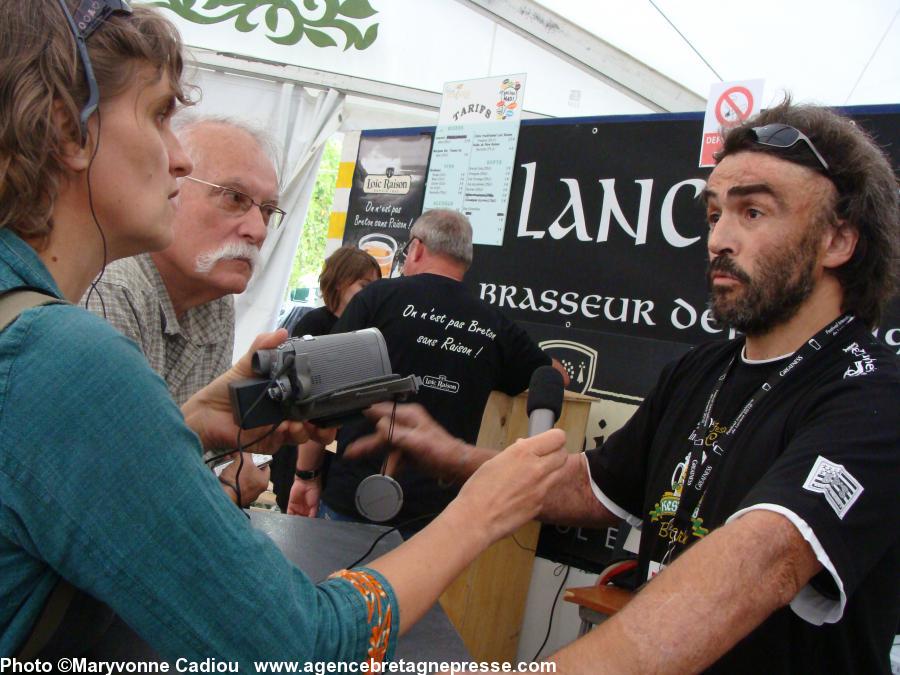 Asking for muscadet at the Breton Space bar of the Festival. 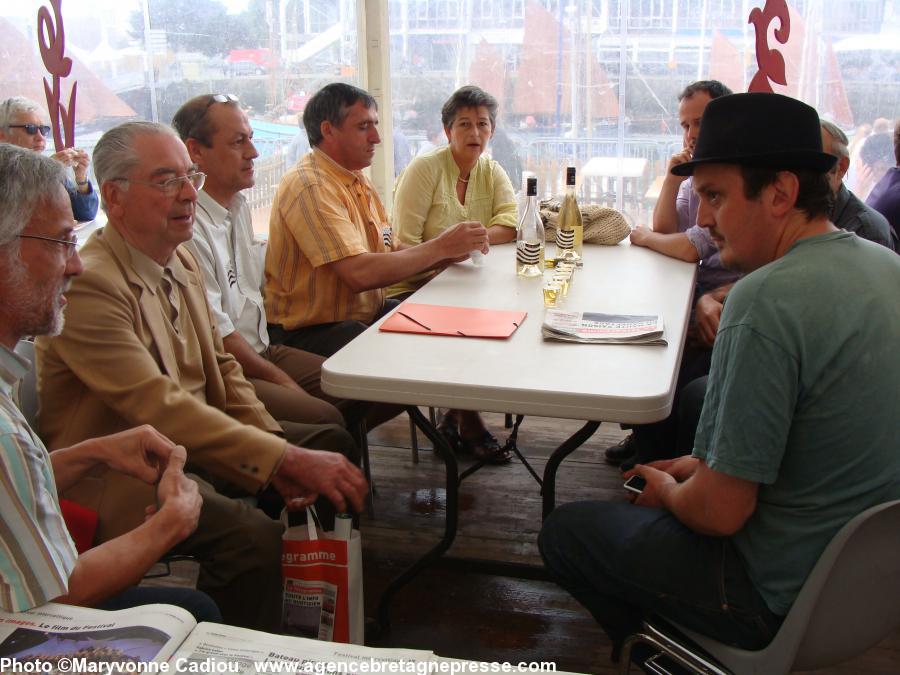 Some Bretons drinking the white Breton wine or Breizh Gwin Gwenn offered by Christophe Chéneau at the Breton bar. 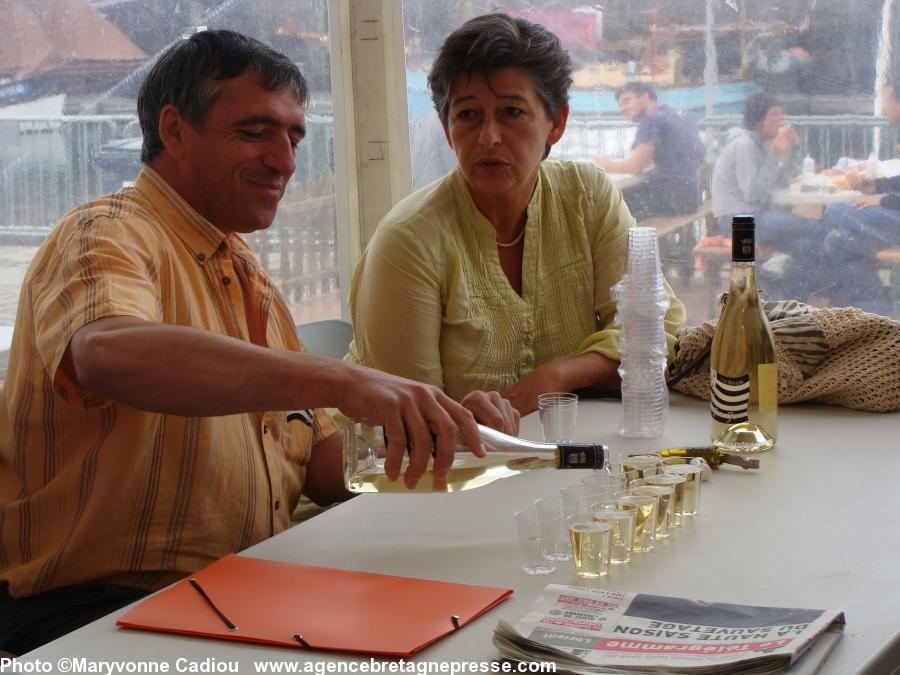 Christophe Chéneau.
No Muscadet at the Interceltic Festival in Lorient?

The Muscadet, one of the best known Breton white wine produced in the Breton vineyard, south of the Loire River, was not served during the Festival.

The primacy and the exclusiveness in wines had been given, like last year, to the Bordeaux wines for reason of financial allocation.

On Saturday 14th at lunchtime, some Breton militants, shocked by this fact, asked for muscadet wine at the bar of the Brittany space. “There is not, but we have white Bordeaux”, was the answer. See the video on (voir le site) e brezhonneg, partly in French.

They were very surprised and asked the bar header to tell the president of the Festival about it, and that they hope next year every thing will be normal again... They added that they were not here to disturb or make a mess in any way.


And the Festival had claimed that they would celebrate Brittany this year, paradoxical, is n't it?


The Bretons wonder whether soon, always for reason of financial allocation, one will see the disappearance of Breizh Cola to the profit of an American Cola, of Breton butter to the profit of a butter from Normandy or Charentes… all being good products, that is not the question. But they think that Breton products too should be honored during the Festival, and not rejected for a question of money.


The Breizh Gwin Gwenn as the Chéneau brothers name it, not being a muscadet of melon grapes, is a slightly different case. The Chéneau brothers have not been allowed this year to present their wine at a stand. When they insisted, they were answered that Bordeaux wine had the exclusiveness. And they were told too that they should not have sold glasses of wine the years before. BUT and that is strange, the Cheneau brothers sold glasses, yes, but not wine. They sold empty plastic glasses, as souvenir glasses with the Breton flag on it, and the customers were free to taste their wine or not.

One could even read on the local Ouest France that the Festival had told the press that the Chéneau brothers had not asked the Festival to be present this year in Lorient...

Thanks to the Carré B brasserie on the quai de Rohan, the Chéneau's Breton white wine was present near the terrace of the brasserie, one of their customers. And anyone could taste it freely and buy or order some bottles.