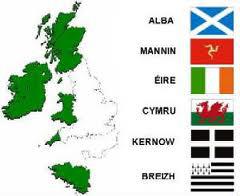 The Ministry of Justice (MOJ) has responded to concerns articulated by the Celtic League about the need for it to honour its commitments on consultation with non governmental organizations (NGOs) in respect of United Nations conventions reporting.

The Celtic League, as an NGO, has pan-jurisdictional representation across the area the United Kingdom government reports on.

The UK has agreed (see below) to include the Celtic League in the future vis a vis consultation. However the MOJ seems to believe that commitments in relation to the dissemination of information are adequately met by the provision of a link on its website.

The League will be reiterating concerns about the priority which the UK gives to treaty information dissemination.

Thank you for your letter of 11 September 2010 to the Secretary of State for Justice about the UK's plans to establish an institutional framework for future cooperation with national human rights institutions and civil society for the UK's sixth periodic report to the Committee on Economic, Social and Cultural Rights. I have been asked to reply.

The Ministry of Justice has lead responsibility for reporting to the United Nations on the UK's compliance with its obligations under the International Covenant on Economic, Social and Cultural Rights. In preparing the UK's 5th periodic report to the Committee that oversees the Covenant we consulted with members of civil society and accepted many of their suggestions on how to improve the report. In March 2009, Ministry of Justice officials met with representatives from various organisations to discuss the content of the report and any issues that were likely to be raised at the UK's examination on 12-13 May 2009. I attach a list of organisations to whom a draft copy of the report was sent in advance of the meeting.

The Government believes that this kind of consultation with civil society enhances the monitoring process and fosters positive working relationships with key human rights stakeholders. However, the Government does not agree that a formal institutional framework is necessary to facilitate consultation. This kind of consultation is a regular feature of Departmental preparations of reports to international bodies. For example, on 22 November the Government Equalities Office held a meeting with members of civil society preparatory to its preparation of the UK's 7th report under the Convention on the Elimination of All Forms of Discrimination against Woman. We will make sure that the Celtic League is added to our list of contacts for future consultations.

I hope you find this information helpful.


A list of the members of Civil Society invited to consult on the UK's 5th periodic report to the Committee on Economic, Social and Cultural Rights:

1. Committee on the Administration of Justice

25. National Society for the Prevention of Cruelty to Children