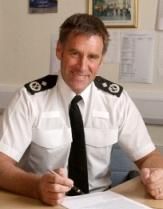 Pro-independence slogans which had been daubed at various locations around the Isle of Man were cleaned up last weekend by a group of volunteers who included relatives of a man charged in connection with the graffiti outbreak.

The names of several former colonies with the dates they achieved independence were placed at several prominent locations around the Island and although Isle of Man Chief Constable Mike Langdon had made a great brouhaha over what he termed `criminal damage' it took the volunteers just half a day to completely remove the offending items.

Meanwhile the Celtic League has had confirmation that Langdon is out of touch with feeling in his own ranks on the issue with more indications that many within the police service on the Island abhor the reactive repressive measures against nationalist generally that they were forced to take.

The Celtic League is currently researching the possibility of a complaint to the United Nations Committee on Decolonisation over the police actions.

A report (with illustration) on the clean up can be found at this Isle of Man newspapers link: