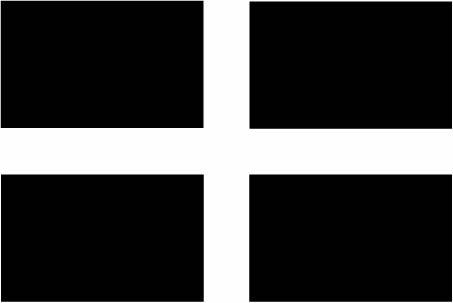 The border between Cornwall and Devon looks ever closer to being erased in UK parliamentary constituency terms, following the failure of a last ditched attempt in the House of Lords to delay the much disputed Parliamentary Voting System and Constituencies Bill.

On 15th November 2010 a vote in the House of Lords to delay the Bill was defeated by 224 votes to 210, which a Cornish newspaper said «has effectively spelled the end of a passionate campaign to stop the creation of a constituency straddling the two counties». Since the Lords vote the campaign organisation, Keep Cornwall Whole, has failed to update its site, signaling perhaps the disappointment that many campaigners feel about the lack of recognition by the Government, of Cornwall's historic border.

In a letter dated 19th November however, the Secretary of the Kernow branch of the League, Mike Chappell, received a response to his letter to the Leader of the House of Lords, Lord Strathclyde, objecting to the proposed new Devonwall Constituencies. In the letter the Cabinet Office state that the «Bill allows the Boundary Commissions to take historical and local ties and geographic factors into account, subject to the overarching principle of equality. The Government considers this to be paramount.»

The possible last glimmer of hope that Cornwall could still evade a gunshot marriage to Devon is small indeed, but that is about the long and short of it. The Keep Cornwall Whole campaign has effectively failed, but not through want of exercising its democratic right. Once again UK democracy has failed Cornwall.

The Kernow Branch of the Celtic League will hold a meeting on Thursday 9th December with the issue of `what to do next?' as the only point on the agenda. The full text of the letter response to Mr Chappell can be found below.

Thank you for your letter of 12 November to Lord Strathclyde. This has been forwarded to the Elections and Democracy Division in the Cabinet office for response on the issue of the Parliamentary Voting System and Constituencies (PVSC) Bill as we have responsibility for electoral policy.

I note your concerns regarding the proposals for reforms to Parliamentary constituency boundaries contained within the PVSC Bill and how these changes will relate to Cornwall. I appreciate the enormous depth of feeling on this subject.

It may help if I set out some of the Government's thinking on the subject of boundary reforms. At present there is a significant difference between the sizes of many parliamentary constituencies. This has the effect of making some people's votes count more than others, depending on where they live. Therefore, the PVSC Bill will address this unfairness by requiring the independent Boundary Commissions to redraw constituency boundaries so that they are more equally sized. All constituencies are to be within 5 per cent either side of a single United Kingdom electoral quota, with the exception of two Scottish constituencies where unique geographic constraints make it particularly hard for the MPs to represent their constituents.

I should advise that the Bill allows the Boundary Commissions to take historical and local ties and geographic factors into account, subject to the overarching principle of equality. The Government considers this to be paramount.

I hope you find this response informative.