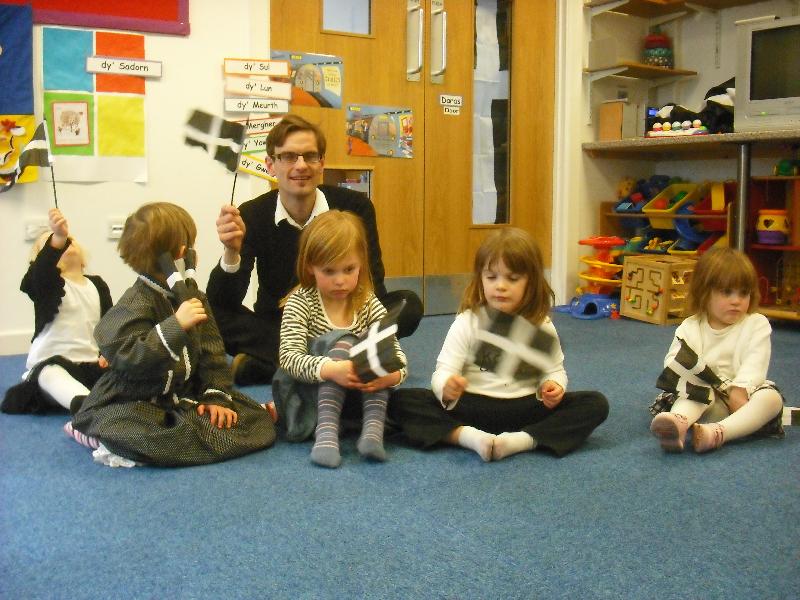 The Kernow Branch of the Celtic League has been actively raising funds for a bilingual Cornish language Saturday preschool that is the only one of its kind in Cornwall.

The branch has been raising money among its membership and several branch members have made significant contributions to the preschool – Skol Veythrin Karenza. Recently the Kernow branch received donations from members in the USA who raised £40 for the school and have also been informed that Australian supporters are also currently raising funds to send. This week other Cornish branch members donated £131 to the branch to be passed on to Skol Karenza for Easter, which is in addition to the £100 and Cornish flags donated by the branch in celebration of Saint Piran's day last month.

"This is exactly the sort of thing which An Guntelles Keltek, Kernow is in existence to support and we congratulate you. Sadly we cannot donate a larger sum, but our funds are very limited.

We wish you every success and sincerely look forward to the project taking off and growing with the passage of time."

"The team behind the preschool are working very hard to further the Cornish language among preschool children in Cornwall. They are fund raising themselves to raise the money necessary to push the school forward and members of the Kernow branch are only to happy to support them to this end. Children of this age learn languages so quickly and they are the future of the Cornish language.

"At the League's 2008 AGM, a resolution was passed calling for the creation of a Cornish language bilingual preschool. Now that one has been set up, I think it is our responsibility as a branch to support it in any way we can. It is the only such school in Cornwall and is an essential ingredient to promoting and protecting the language in education."