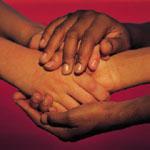 Equality and diversity is the slogan for Deveon and Cornwall police constabulary - unless you happen to be Cornish! (logo: Exeter City Council)
Kernow/Cornwall: Negative Attitude to Cornish Unsurprising

Devon and Cornwall Police have refused a request from the Celtic League which had asked that those who wished could record their ethnicity as Cornish on official forms.

The force excuse their inertia on the issue citing mandates determined `nationally'.

The full response from the Constabulary is set out below:

Thank you for your recent communication regarding the issue of recording Cornish as an ethnicity classification.

As you will be aware the requirement for recording ethnicity is nationally mandated and not something we, as a service, have control over.

There is a faculty within our recording perimeters to record an ethnicity code of 'other' where the proscribed self defined ethnicity codes are not accepted by the person as being of relevance to them. This will be a letter followed by the number '9'.

However, the nationally mandated system does not allow for 'text' to be input only the code number. I would point out that the question you raise is equally true of any 'white other' background, say French, Polish etc.

As such and in line with mandated requirements we will not be looking to alter the way in which we record, input and store ethnicity data. Should this position change in the future I can assure you your comments will be taken into consideration.

(Material for this article supplied by Rhisiart Ta-e-bot)