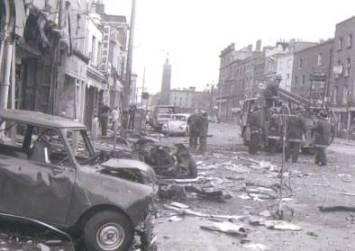 «The best possible responses to the tragedies of the past is to ensure they can never happen again».

This comment was made in the Dail recently by An Taoiseach, Brian Cowen, when responding to queries from Deputies about collusion by the British government in atrocities such as the Dublin and Monaghan bombings.

The comment is contained as part of documentation provided by the Office of the Taoiseach in reply to a query from the Celtic League in May of this year. See link at:

Obviously, the Celtic League welcome the response from the Taoiseach's Office on this matter.

However, whilst the information supplied in relation to the Governments position is comprehensive sadly it reinforces our view that the Irish government wishes to continue a process of cover-up which has denied justice for so long to those who were killed and maimed and the relatives who have campainged.

Perhaps what is most ironic about the current situation is that within the past twelve months the same British Intelligence Services, whose hands many believe are dripping with the blood of those murdered in Dublin and Monaghan, have commissioned a new facility in the North of Ireland (at Maryfield, Holywood, Belfast.

Files critical to understanding the rationale behind the bombing atrocity and the indentities of those in British Intellegence who helped perpetrate it are just a computer click away. But nobody in the Maryfield complex is talking and, more significantly, no one in the Taoiseachs Office is asking.