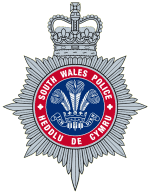 Cymru: Police Use of Language Tokenistic

A language activist in Wales has raised her concerns with the Welsh Language Board over the «tokenistic» use of the Welsh language by South Wales Police.

Lleucu Meinir complained to the Welsh Language Board (WLB) following two £30 parking fines she received which were written in the English language only. Ms Meinir, who is the granddaughter of Plaid Cymru's first Member of Parliament Gwynfor Evans, said:

«South Wales Police treat Welsh in a completely tokenistic way, making life much more difficult for those who really want to use the language.

»The letters demanding payment of the fines were all English only on bilingual paper. The Welsh Language Board shouldn't allow them to get away with such a poor service.

The whole episode demonstrates once again, the need for a comprehensive Welsh language law, which gives people the right to use Welsh in their everyday lives.«

The fine was later paid by Ms Meinir, which had increased to £746 with court costs. Ms Meinir demanded that the WLB covered £600 of her costs, but the Chief Executive of the WLB, Meirion Prys Jones, said that:

»Under the 1993 Welsh Language Act, the Board is not permitted compensate any individual who has been refused services in Welsh.« Mr Jones added that under the Government's proposed Welsh language measure there are no plans to include such provision in the future.

However, Mr Jones did concede that South Wales Police did seem to be infringing their own Welsh Language Scheme, which he said »states clearly that they are committed to provide documents to the public in both English and Welsh.« Mr Jones continued:

»They [South Wales Police] did not adhere to the commitment in this particular case, and it seems, therefore, that the force may have broken its Welsh Language Scheme in sending an English only typed letter to Lleucu Meinir.«

A representative of the South Wales Police said:

»As with all other public bodies in Wales, we voluntarily signed up to the Welsh Language Act.«

Lleucu Meinir said that the Welsh Language Board was »completely ineffective" if it could not ensure that bilingual policies were maintained.

In January and February 2008 the Celtic League wrote to South Wales Police, as part of its wider campaign covering all police forces serving the Celtic countries, to ask them to incorporate the Welsh language and culture more into