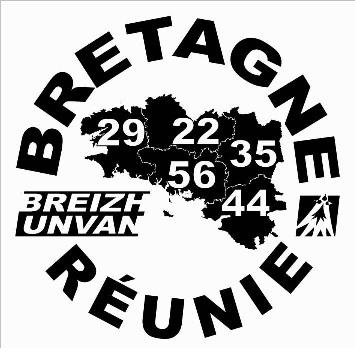 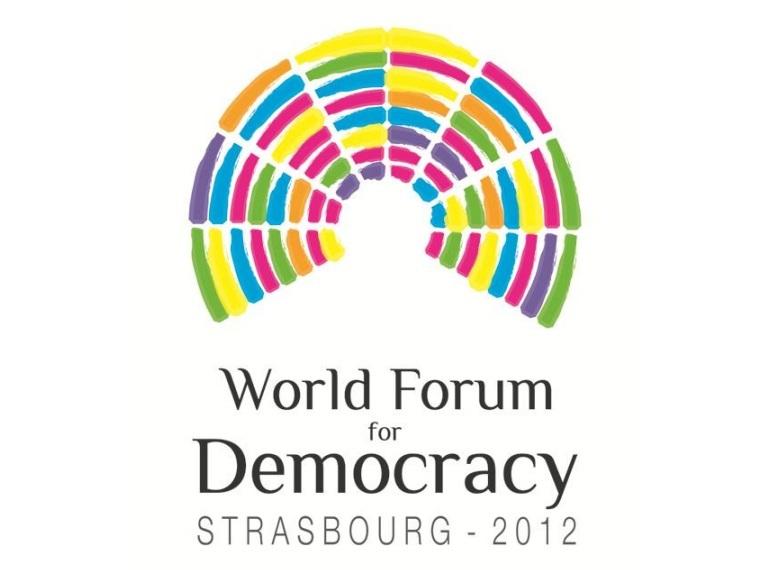 Bretagne Réunie and the first World Forum for Democracy in Strasbourg, France 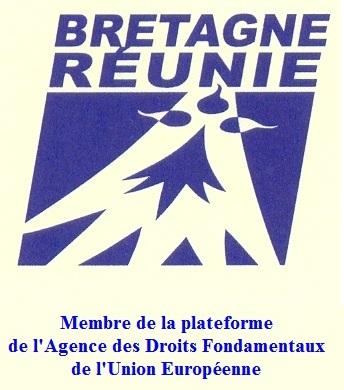 The Bretagne Réunie association (Reunified Brittany) welcomes an initiative of the European Council, the first World Forum for Democracy, in Strasbourg France and wishes to contributes to it. (voir le site)

This Council of Europe's initiative, under the French Republic President's auspices can only be encouraged by all those who suffer from a lack of democracy.

Breton people in France earnestly hope that this forum will lead to awareness and commitments of the participating States, in favour of Democracy.

The French government, which which receives on its territory the first World Forum for Democracy is definitely not a very model of democracy by itself and can certainly amend and change towards more listening and understanding of the population's demands. The case of Brittany is merely emblematic of the total lack of listening and dialogue that should exist between a centralized State and the people living on its territory.

First victim of nationalist conceptions of French Republic's main elected representatives, Brittany has been reduced by one department out of five, the «Loire-Atlantique» having been split off its mother region, during the Second World War. By a plain decree (n° 2727, June 30th 1941), without any public consultation, the Vichy's collaborationist regime, to punish Breton resistance, created an artificial region, they called «Loire», by including in it the department of Loire-Atlantique (that has become since a part of «Pays de la Loire» region).

French central government, still refusing to recognize the existence of national minorities on its own territory, is opposed to the administrative reunification of Brittany and is implementing, since then, a false identity alternative policy towards the Loire-Atlantique's population and more particularly, towards the young people!

The so-said, newly created, region «Pays de la Loire» – in search of visibility and legitimacy – has increased its communication budget by 160 % in five years time (9,5 million euros having been spent on that purpose in 2004, against 25 million in 2009!), by implementing an intense propaganda aimed at erasing the Loire-Atlantique's Breton identity, expecting to impose a «new man», deliberately and artificially called «Ligérien» (from the Latin word «Liger», river Loire).

Breton people, desperately and in vain, kept on, all through the past years, opposing themselves through their elected representatives:

— The Regional Council of Brittany, by a vote on June 30th 1997, requested administrative reunification of Brittany. The central government has not even acknowledged the request.

— The Loire-Atlantique General Council voted a wish to organize a public debate on administrative reunification of Brittany on June 22d 2001.The central government did not even bother to respond.

— The Brittany Regional Council passed a second wish for the administrative reunification of Brittany, on July 2d 2001. The central government has displayed the same contempt.

— The Brittany Regional Council passed a third wish for the administrative reunification of Brittany, on June 30th 2003, without any reaction from the central government.

— The Brittany Regional Council passed a resolution requesting the administrative reunification of Brittany on October 8th 2004. The central government has heard nothing.

— The Brittany Regional Council passed a motion on October 24th 2004 in the framework of the territorial reform in France, taking into account the issue of the reunification of Brittany. The current Prime Minister Jean-Marc Ayrault, then Mayor of Nantes and member of the French National Assembly, personally intervened to prevent the government from dealing with the question.

— The Brittany Regional Council voted on December 15th 2008 a new motion asking the government to introduce a bill on the organization of a referendum on the whole of Brittany. The French government has not heard nor answered.

— The Morbihan General Council, on December 7th 2011 has also passed a wish for administrative reunification of Brittany, without any reaction of the French central government.


All these wishes and motions, voted sometimes unanimously by elected assemblies, have never received the slightest echo from the French State which boasts yet to be a modern democracy, ignoring nevertheless ten favourable polls. The last poll of March 2009, produced at the request of the government itself, confirms that 68 % of the population wishes the reunification of Brittany by the return of the Loire-Atlantique in the current administrative region « Bretagne », Brittany having been the mother land for more than 1,000 years!

Breton members of parliament at the National Assembly have also succeeded in passing an amendment on December 21st 2011, for the organization of a referendum through the five Breton departments, during the debate on popular referendums. The legislation has not yet been voted on that crucial issue, at the Senate, and now seems buried by the new government.

— More than four thousand elected Bretons, from the five departments, signed the Charter for reunification.

— To initiate the process of administrative reunification of Brittany, without any reaction of the central government, hundreds of town Councillors voted after debate, wishes for reunification.

— Luis Maria de Puig, during his Council of Europe presidency, stated the legitimacy of the reunification and supported it.

— Unesco has been forced to repeatedly intervene towards the French government so that the « Val de Loire » – classified as World Heritage –is no longer used for political purposes, by wrongly annexing within its scope, the Loire-Atlantique department!

— Mrs Viviane Reding, vice-president of the European Commission, said, following the filing of a complaint by the Bretons through the Commission that she co-chairs, that she doesn't have the necessary tools to enforce breaches of French government against Bretons, while recognizing the existence of a Breton minority in France.

Despite the very strong involvement of the Breton people towards that aspiration and the many local political supports for decades, the «reunification» of Brittany doesn't succeed because some national elected politicians block the file.

For Bretagne Réunie, this deadlock situation is anti-democratic, all the more since France appears as the homeland of human rights.

Bretagne Réunie therefore submits this «case study» to the roundtable participants of the World Forum, hoping they can lighten the definition of democracy, so that all citizens of our planet can live better tomorrow.

Ladies, Gentlemen, thank you very much for your attention


Jean-François Le Bihan, president of Bretagne Réunie, Jean-Pierre Levesque, delegate to the European relations and member of the Cultural Institute of Brittany, and Paul Loret, delegate to the Fundamental Rights Agency Platform of the EU