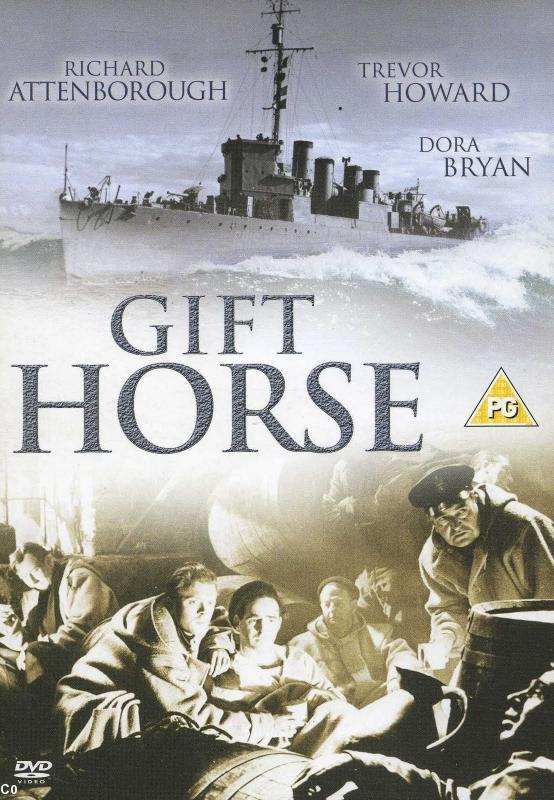 The English-language fiction film was released on DVD. 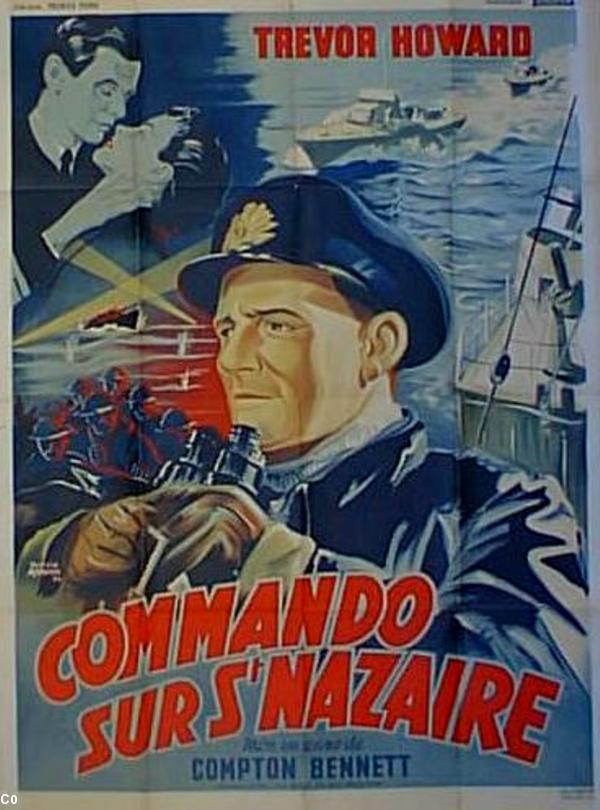 Other poster of the 1952 movie in French. 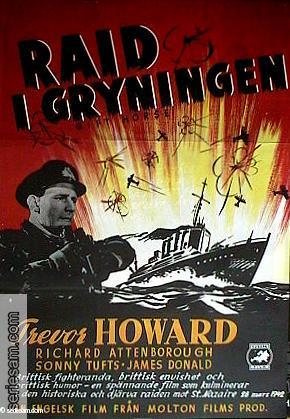 The Swedish film poster.
A premiere in Brittany for the movie Turned towards the sun

On Thursday, March 28th, James Dorrian, screenwriter and producer of Turned towards the sun presented to the audience of Saint-Nazaire the documentary directed by the American Greg Oliver about Micky Burn's life, one of the heroes of St Nazaire Raid (28 March 1942). The Irishman James Dorrian, who is the biographer of this extraordinary character, took the opportunity of the 71st anniversary of the Operation Chariot in Saint-Nazaire for the European premiere of the documentary. In front of a large audience, James Dorrian answered the many questions with his natural elegance. Click on the posters to enlarge them.


Micky Burn's absolutely remarkable long life is described in his autobiographical book Turned towards the sun. As his friend and biographer James Dorrian recalled: « It as been said that while most of us live one life, he lived ten. He studied humanities at Oxford, and was a brilliant sapling of the 30's. His friends, lovers and mistresses, include Unity Mitford and the Soviet spy Guy Burgess. As correspondent of the Times, he probably is the only person alive in 2010 to have met both Adolf Hitler and Franklin Roosevelt. He received the Military Cross (MC on the movie poster) for having ordered the Troop number 6 of the Commando 2 during Operation Chariot, the epic Saint-Nazaire raid, where he was taken prisoner. As a “guest of the Reich”, he operated a secret allied radio in the famous Oflag IV-C in Colditz Camp. There, his intense lectures on Marxist theory were a constant source of irritation to the Wing Commander Douglas Bader, himself a prisoner too. He prohibited, but without success, to his officers to attend the reunions, and nicknamed him “the Red Micky” ». A prolific author, poet, storyteller and an unrepentant joker, as his Irish friend liked to define him, he chose to recharge himself on the North Welsh coast at Penrhyndeudraeth at the end of the war. His close friend and neighbour was the philosopher and social reformer Bertrand Russell.

Between 2005 and 2010, the film crew followed Micky Burn at regular intervals, from his Welsh retreat to Colditz via Saint-Nazaire. From the 350 hours of footage shot a very successful documentary of 100 minutes was issued. The depth of the personality of Micky Burn is well highlighted. The quality of the photography, sublime, as the wild landscapes of Gwynedd where the fighter gentleman had taken root. We find this quality of the shots on the location of the British raid itself with images of intense emotion when Micky walks on the pier of the Old Mole (see the movie poster). His gaze is lost in the waters of the Loire estuary, where many of his comrades lost their lives. The last image of the film shows Micky Burn walking on a Welsh beach. The old warrior poet turns back and blows a kiss with his hand to the spectators. He passed away a few weeks later at age 97, September 3rd 2010 (voir notre article)

Like Micky Burn, the film crew fell under the spell of north Wales. Beautiful images of Wales accompanied by a long excerpt from Bro Gozh Zadoù and Hen Wlad fy Nhadau, the both Welsh and Breton national anthem. With these lyrics in Breton, a winck or sign towards Cymru, the earth sister to Brittany, where Micky Burn played his fate on March 28th, 1942. James Dorrian, who could not answer this point of detail instead of the director held in New York, said: « As far as I'm aware it related to Wales, although Micky himself would have been very happy with the Breton association. For a “proper Englishman” he made a very good “Celt”, as demonstrated by his love of the mountains, the sea, the music, the poetry etc. I think this is one of the reasons why we got on so well ».

Following our question, Greg Oliver let us know that the choice of this track “Breton – Welsh National Anthem” was focused on a Welsh choir successively interpreting Breton and Welsh hymns. For the director this piece matches perfectly the evocation of Wales (although we hear lyrics in Breton at the beginning).

Another challenge awaits “the elegant Irishman”, as the press of Saint-Nazaire beautifully described James Dorrian, with the film project on Operation Chariot based on real facts and “non-fictionalized” as too many Hollywood movies are. For this project, James has created with his friend Andrew Scott the production company Port 20. With such a scenario it is surprising that sixty years later, the raid on Saint-Nazaire has been the subject of only one British fiction (1) in 1952.

Every year, the CREDIB (Centre for Research and Broadcasting of Breton identity) organizes on the Old Mole an interceltic ceremony to pay tribute to these brave who came to sacrifice for our freedom (voir notre article) for 2012. James Dorrian has no strong enough words to talk about it: « The passion shown by our Breton chums is always heartwarming - as is their warmth, which appears to be without end. The Old Mole on a crisp March morning, pipes skirling, flags flapping - what a perfect tribute to the fallen ».

– Trailer of Turned towards the sun (voir le site)

– (voir le site) for the full story of the raid on Saint-Nazaire-tourisme.com in French.