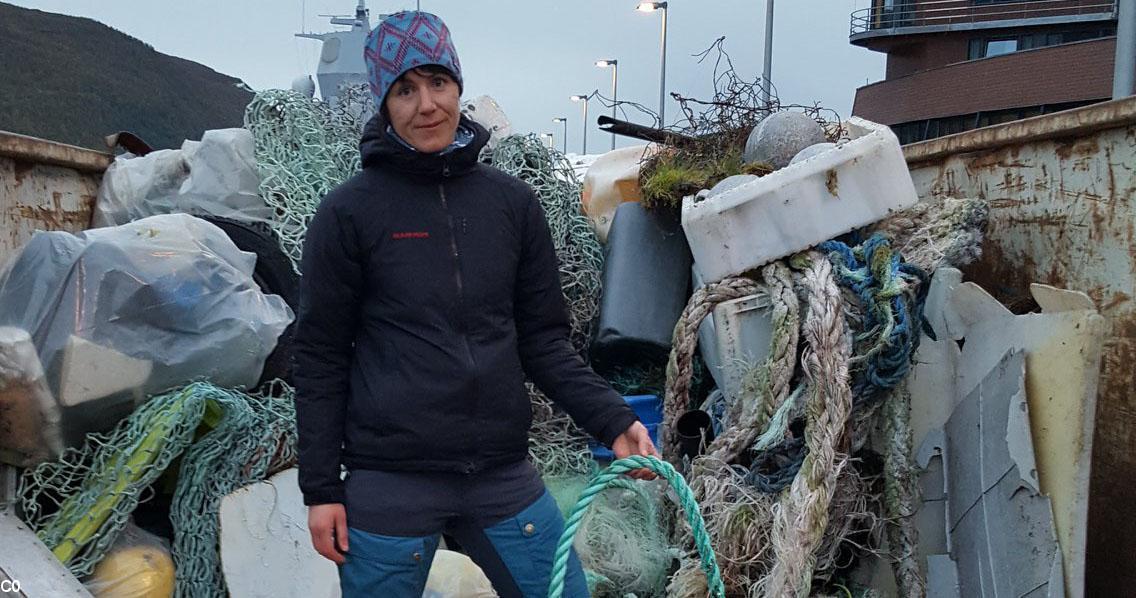 As recently as 27th December 2018, she was in her native town of Querrien in Brittany, giving a presentation on plastic pollution in Antarctica. Sarah Auffret was a committed environmental activist. Aged 35, her goal was to reduce what she referred to as each person's plastic footprint. She died on her way to attend the UN Environment Assembly which opened on Monday in Nairobi (home to the headquarters of the United Nations Environment Programme), in the Boeing 737 that crashed soon after take-off from Addis Ababa on that fateful Sunday morning, March 10.

We tend to wait for governments to act, but we can do small things ourselves by collecting waste from the ocean and buying less plastic. You might feel powerless and a bit lonely when you do these things, but it's important to do them anyway.__ Sarah Auffret in the daily Le Télégramme , December 27th, 2018

Sarah (whose mother is British) had studied in Plymouth, UK, then Darmstadt, Germany, before teaching English in Japan. She had also lived in Argentina, Australia and Port Lockroy - at the tip of the Antarctic Peninsula, across from Cape Horn. In charge of the Clean Seas initiative for Arctic Expedition Cruise Operators (AECO) since May 2018, she had been living in Tromsø in Norway, but returned home to Brittany regularly. She spoke German and Spanish in addition to her native languages of French and English, as well as some Japanese and Norwegian.