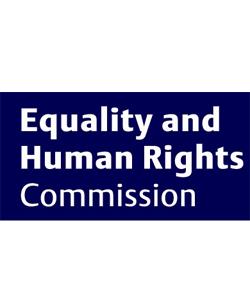 The Kernow Branch of the Celtic League has received a reply from the Equality and Human Rights Commission (EHRC) regarding a complaint the branch made in November 2009 about abusive comments directed towards Cornish people.

In his letter to former branch secretary Iwan Lemoine, the Regional Manager of the EHRC, Qaiser Razzak, said that in order for any remedy to be available in domestic (UK) legal proceedings, the Cornish would need to be defined as a racial group' under the Race Relations Act, which has not yet been done.

In his response Mr Razzak says that:

"The Commission would like to look into this issue further as part of our Good Relations mandate. In this regard I would welcome an opportunity to meet you and discuss this matter in more detail"

In addition Mr Razzak said that with respect to the issue of derogatory or insulting comments against the Cornish, the Commission does not condone such conduct whether or not any group "have been recognised as a "racial group" under the Race Relations Act."

The full letter response can be found below.

Re: Complaint of use of derogatory terms against the Cornish

Thank you for your e-mail of 22 November 2009 and subsequent communications regarding the above complaint and the reference to the Cornish as "inbred" by the media and other individuals.

The Equality and Human Rights Commission ("the Commission") was established under the Equality Act 2006. It works to eliminate discrimination on the grounds of age, disability, race, religion or belief, gender and sexual orientation. The Commission also has mandate to protect and promote understanding of human rights.

The Commission condemns the use of any derogatory words or comments to describe a group or individuals on account of their race, colour, nationality or ethnic origin. In the Commission's opinion, negative comments regarding racial groups are offensive and reinforce the stereotyping of those particular groups.

Racial discrimination provisions are contained in the Race Relations Act 1976 ,where s.3(1) defines a "racial group" as a group of persons defined by reference to colour,race,nationality or ethnic or national origins, and references to a person's racial group refer to any racial group into which they fall.

To date, case law has not established the Cornish as a "racial group", for the purposes of the Race Relations Act, so currently, it is not clear whether any claim of racial discrimination against Cornish people would be successful.

It is worth noting the position under the Council of Europe Framework Convention on the Protection of National Minorities. This is an international treaty whose aim is to protect the existence of national minorities by creating appropriate conditions enabling them to preserve and develop their culture and to retain their identity. However, although binding on the UK government, it has not been implemented into domestic law and does not therefore provide a right to bring any legal proceedings.

In October 2007, the Advisory Committee on the Framework Convention on the Protection of National Minorities considered that there was "scope for covering further groups within the scope of the framework convention", mentioning the Cornish and religious groups, such as Muslims, in particular. It found that it would be possible to consider the inclusion of persons belonging to these groups in the application of the Framework Convention on an article-by article basis. It took the view that the UK government should consider this, in consultation with those concerned.

More importantly, the Advisory Committee noted that even though the UK government does not consider the people of Cornwall to constitute a national minority, a number of persons living in Cornwall consider themselves to be a national minority within the scope of the Framework Convention. In this, the Committee claimed to have received substantial information from them as to their Celtic identity, specific history, distinct language and culture.

The former Commission for Racial Equality also recommended that the Cornish could be considered a national minority under the Convention by removing the narrow criterion attached to its meaning by the government, which applied the definition of "racial group" under the Race Relations Act. However, as mentioned above, in order for any remedy to be available in domestic legal proceedings, the Cornish would need to be recognised as a "racial group" under the Race Relations Act.

The Commission would like to look into this issue further as part of our Good Relations mandate. In this regard I would welcome an opportunity to meet you and discuss this matter in more detail. With respect to a comment on the issue I wish to make clear the Commission does not condone any derogatory or insulting conduct against any group, whether or not they have been recognised as a "racial group" under the Race Relations Act.