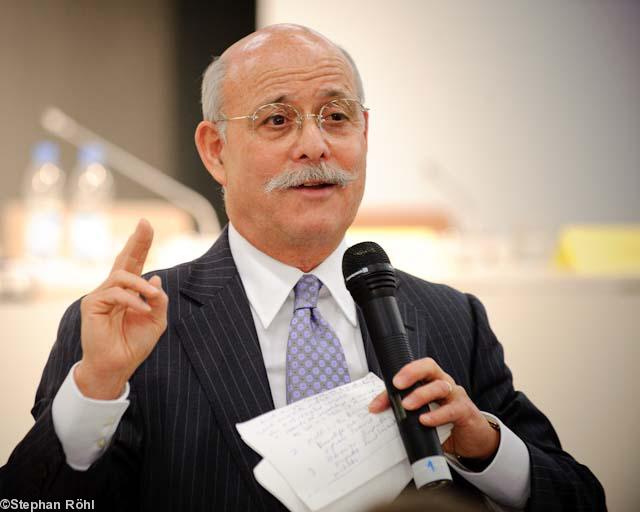 Amazing this American specialist of global problems of economy and energy. After the remarks of the French president in March 2011, Jeremy Rifkin showed through five unstoppable arguments why the XXth century thought, overly centralized, sees its end coming now in the XXIst century, when everything is shared laterally thanks to Internet.

It started with music, then wikipedia, it will be the same for energy. No more uranium available, only 6% of the energy produced in the world comes from nuclear power: for him, the argumentation of France does not hold up.

While France, during the Trente Glorieuses – the thirty years from 1945 to 1975 following the end of the Second World War – prided itself in being one of the three most important nuclear powers in the world, it is now time for this country to start questioning again. And quickly…

Voir aussi :
Bilingual bloger on ABP at first, then for the Taol Kurun festival, and now teacher and searcher (Phd "Diwan, teaching methods and creativity") for promoting and studing cultural and social Breton news, in French and in Breton. She totalize 1 280 347 hits on ABP. She produced 763 videos, and wrote 1883 articles on ABP as of the 27th of January 2015. She also works on three social networks : Tv Bro Kemperle (You Tube), Tv Lise Diwan Karaez, and Ermine (Page Facebook)
Voir son mur