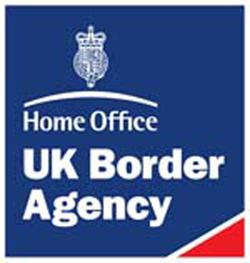 The general secretary of the League has taken part in a consultation exercise that aims to seek views on how a limit on immigration into the UK should work.

The UK Border Agency opened the public consultation in June 2010 following the election of a new government that said it wanted to restrict immigration into the UK. The consultation states that `The government believes that Britain can benefit from migration, but not uncontrolled migration', but that it `wants to continue to attract the brightest and the best people to the UK, but with control on the numbers coming here.'

The main emphasis that the General Secretary (GS) placed on the consultation was linked to a campaign that the League ran regarding the immigration of people from Patagonian's into the UK who had links with Wales. In the consultation the GS requested that the UK Border Agency make allowances for those who are travelling to the UK from Patagonia and Nova Scotia – two regions that have linguistic, cultural, and linguistic links with Wales and Scotland respectively. Last year two young Patagonian women, who were travelling to Wales from Patagonia to improve their Welsh and English language skills, were refused entry into the UK by the Border Agency. The two women had sponsors and family relations in Wales who had offered to support them. However after the women were rudely treated by the border guards and returned home, their case was taken up by a number of Welsh groups and individuals, including the Welsh political party Plaid Cymru.

The UK Border Agency consultation can be completed online, by email, or by completing the response form on its website and returning it by post by 17 September 2010.